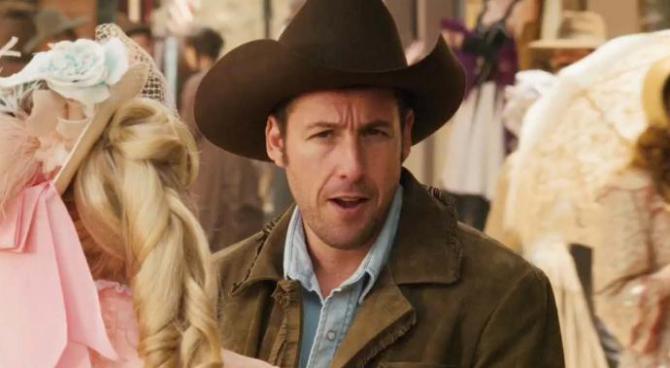 It’s no surprise that Adam Sandler’s new movie failed to, let’s say, interpret the Native American experience intelligently.  It’s probably not even controversial to just go ahead and call the whole thing a cringe-inducing shitshow, given that it includes characters with faux Apache names like “No Bra” and “Beaver’s Breath” and a depiction of a Native woman urinating while smoking a peace pipe. The movie’s grotesque caricatures only became news when a dozen Native American actors hired for the film walked off the shoot this week.  After all, racism is unremarkable in Hollywood—but when large groups of people publicly object to it, that’s notable.

Netflix certainly doesn’t seem sheepish about defending the film, Ridiculous Six. They released a statement saying that the movie is “a broad satire of Western movies and the stereotypes they popularized, featuring a diverse cast that is not only part of — but in on — the joke.” Apparently the actors didn’t want any part of the jokes that played on stereotypes of Native people. Indian Country Today got a photo of the script and it includes genius satire like this: 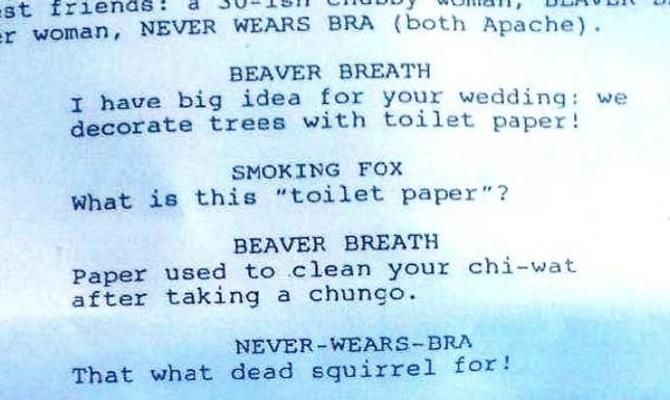 Read more of the script at indian Country Today.

Netflix’s dismissal of the problem wasn’t the only bad response to walkout: Vanilla Ice felt obliged to weigh in on the issue. The rapper is slated to play Mark Twain in the film (and, yes, I’m just going to deliver that fact and keep going) and in the midst of news about the walkout, Vanilla Ice tweeted that he himself is a member of the movie’s Native American cast. In his words, “In case you didn’t know I am Chactaw Indian. We had a great time filming this movie. Going to be Great.” (He appears to have deleted the tweet, but here’s a screenshot.) I couldn’t find any evidence that the Choctaw Nation spells its name with two a’s. But again, I’m going to avoid digressing. With some effort.

Ice used his heritage to anoint himself a spokesperson of the Native experience, at least in this instance, and to absolve the film of its shitty behavior. I want to say something to Vanilla Ice about this, as a white woman with the last name Garcia: Don’t do that, bro.

I’m not going to click over to Ancestry.com and examine the Ice family tree for evidence of indigenous blood—this isn’t about proving or disproving anyone’s heritage. But if you’re the recipient of day-to-day white privilege, you should think very carefully about whether you’re qualified to offer a rebuttal when people of color speak out about racism.

Of course, Ice isn’t alone in using his ancestral background for dubious self-acquittal or self-congratulation. We’ve all witnessed someone backpedaling away from a racist comment with, “I can say that because I’m part [fill in the blank].” Some people even resort to pure fiction. In 2008, writer Margaret Seltzer was revealed to have manufactured an American Indian identity for her memoir Love and Consequences. In 1976, a former Ku Klux Klan member named Asa Earl Carter wrote The Education of Little Tree, a book that was marketed as the memoir of a Cherokee man. The book sold hundreds of copies and, even after Carter’s true identity came to light in the 1990s, was turned into a film.

My questions about my own race emerged in high school, when Mexican American classmates started asking where my name came from. The answers were passing curiosities—my grandfather, south Texas, no I don’t speak Spanish—but they didn’t make me Latina. My identity is complicated, and I’m proud of my family history, but the thought of claiming that I’ve experienced even a moment of racism or hardship based on my heritage makes my skin crawl with shame.  No one’s asking for my papers. No one assumes I don’t speak English. That struggle isn’t my struggle, even if it was my grandfather’s.  I don’t expect that this particular news story will be a breaking point for racism in film.  But at the very least, we have to let people of color lead the conversation on their own experiences.

While Vanilla Ice and Netflix both reacted to the walkout in ways that diminished the voices of the Native actors, there has been positive response: Native people have been speaking out on the hashtag #NotYourHollywoodIndian. On the hasthag, people can post photos of what Native people actually look like, along with pointed messages to Adam Sandler and Netflix.

Great piece. Loved how you addressed white privilege and really just went and called them out on this problematic shit. Superb writing and handling of the subject!

I enjoyed this article. I haven't heard of this film, but it reminds me of how I felt when I tried to watch A Million Ways To Die In The West. There was a particular scene near the beginning involving a carnival-style shooting-game that made me shut the movie off. It seems like we're meant to take Seth MacFarlane's humour as a satire of stereotypes as well, but I think that's just a lame excuse for including racist humour.

Anyways, I'm disappointed that something so infantile is going on and that Netflix felt the need to defend it. I'm not really sure how Netflix benefits from backing up this particular film, but I wish they would remember that supporting this appears to support racism and their many subscribers of diverse backgrounds would find that unsettling.

Relevant: How White Are the Emmys? 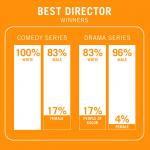 by Sarah Mirk
An infographic breaks down the gender and race representation at the Emmys.