New Comedy “Fresh off the Boat Will Deal” With Race, Identity, and—Of Course—Controversy 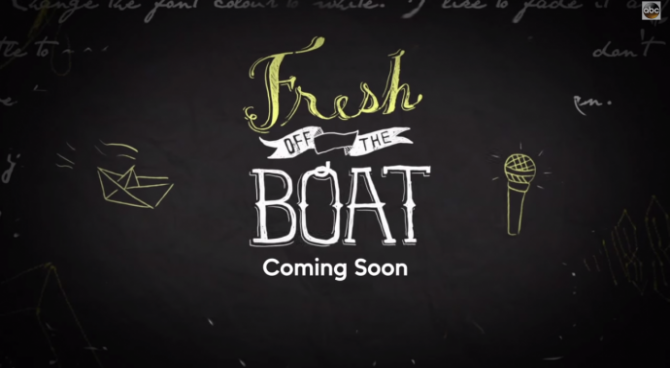 It’s about damn time: Network television is finally joining the 21st century. Earlier this month, ABC announced the addition of a new Asian American sitcom, Fresh Off the Boat, to its fall lineup. It will be the network’s first show to star an Asian American family in 20 years and is based on the memoir of celebrity chef and author Eddie Huang by the same title. For the Asian American actors eager to step out from the shadows of caricatures like Mad TV’s Miss Swan or every sexy schoolgirl reference on Fox’s short-lived comedy Dads, Fresh off the Boat feels like the comedy we’ve been waiting for.

Fresh off the Boat follows Huang’s Taiwanese family from Washington D.C. to the suburbs of Orlando, Florida in their pursuit of the American dream. His parents struggle to run the steakhouse they purchased and cope with everyday issues like parenting and the sweltering humidity. Meanwhile, a young Eddie immerses himself in 90’s hip-hop and tries to make sense of his mixed racial identity. The trailer released by ABC features poignant one-liners that will tickle first-generation Americans of any race. In one clip, Eddie bonds with other kids in the cafeteria over a common love of Notorious B.I.G., only to be cast away for his pungent-smelling Chinese lunch. This leads to his emphatic request for “white people lunch” in a discussion with his mother that is all too funny and too real for anyone who grew up on ethnic food. 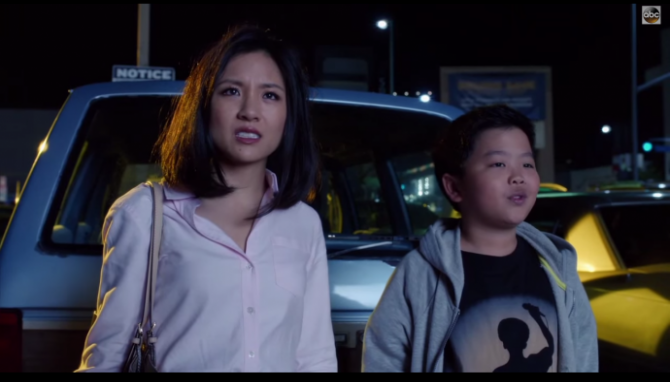 The Fresh Off the Boat family stares in concern at the grocery store where they will buy “white people lunch.”

But not everyone is laughing. In fact, the show’s controversial title is rubbing a lot of people the wrong way. Historically the phrase “fresh off the boat” is considered a slur toward Asian Americans and other immigrant populations. It’s commonly used in its acronym form of “FOB.” Many equate it to the “N-word,” with its history rooted in hate and oppression. But, to me, it feels little extreme to compare “FOB” to a word dating back to slavery. Huang is boldy unapologetic about the title and is on a mission to reclaim the word. He’s stood by the name for his 2013 memoir. “These people are bigots,” he said in an interview with Buzzfeed. “There are people in every race who try to speak for everybody and try to legislate what you can think and what you can’t think, with no understanding of what it means to interpret an experience. It’s ‘fresh off the boat.’ That’s a term that Asians call each other and we claim it and it’s worn with pride.”

Naming the show Fresh off the Boat in alignment with Huang’s mission to take back the phrase is certainly a risky venture for network television, but it wouldn’t be the first time a slur was reclaimed by the very group it once demoralized. The LGBT community did it with the word “queer” and, of course, feminists have redefined “bitch.” So while many remain unconvinced that Fresh Off the Boat is an appropriate title for a network television show, it will certainly be a launchpad for a new Asian American voice, one of mixed experiences and opinions. Unlike older generations where Asians may have been a distinct other, one of many racial groups that was us vs. the white man, our defining lines are less rigid. What some deem a racial slur is a term of endearment for others and has even spawned blogs like “My Mom is a FOB” or evolved into playful descriptors like “that’s so fobby.”

If offended parties can make it past the title to actually watch the Fresh Off the Boat trailer, they’ll see the refreshingly real and humorous depiction of Huang’s Asian American childhood. The context of the show speaks louder than its name, as it should. He may be Taiwanese but his experiences and struggles are universal – and have to be to land a spot on a major network like ABC. If Fresh Off the Boat featured exaggerated Asian stereotypes like National Lampoon’s buck-toothed Mr. Wong, it would hopefully never see the light of day in 2014. But repeating history isn’t Huang’s M.O. and the question on everyone’s minds shouldn’t be, “Slur or not slur?” but “Real or not real?” because we’ve needed someone as real as Eddie Huang for a long time.

Related Reading: I Love “The Mindy Project”—But the Show Has Diversity Problems.

Lydia Siriprakorn is a freelance writer serving up pop and geek culture news with a side of sass and can be found on Twitter at @chaiandsass.