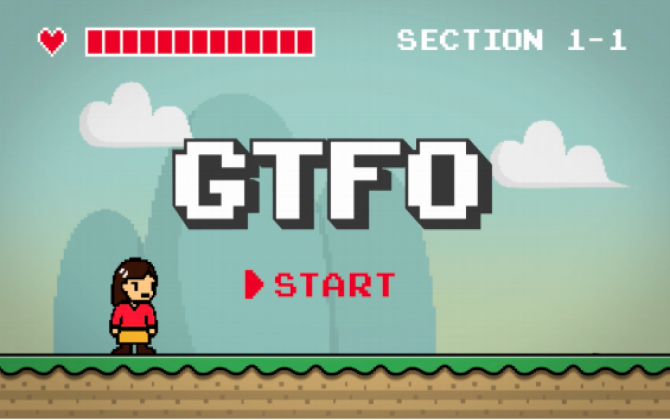 GTFO is a documentary that shines a light on the misogyny of the video game industry. Fitting squarely among current conversations about Gamergate, trolling, and what women put up with on the Internet, the film delves deep into the harassment that female video game players often face. GTFO is aptly named for the message video game culture sends to women: Get the Fuck Out, you are not welcome here. The professional gamers, game developers, academics, and industry figures featured in the film push back and say otherwise: that women have the right to be gamers and that being inclusive will improve gaming culture, not destroy it. The name-calling, taunting, and threats chronicled in the documentary produced and directed by New York City-based filmmaker Shannon Sun-Higginson might be familiar to those who consider themselves gamers, but for those of us on the outskirts of the gaming world, this abuse can seem mind-boggling.

Shannon Sun-Higginson is premiering GTFO at this year’s SXSW. We spoke about her experience creating the film, how women challenge the gaming culture’s status quo, and Gamergate. Watch the trailer below.

SAMANTHA MALDONADO: You’re only a casual game player and you’ve identified yourself as an outsider to the gaming world. Has your interest and involvement in gaming changed during or since your work on the film?

SHANNON SUN-HIGGINSON: My interest in gaming has increased exponentially since beginning this project. Like many people, I had the misguided notion that video games were primarily about shooting or fighting other people, and felt I lacked the hand-eye coordination for any sort of high-level combat. But after researching this movie, I discovered that many indie game developers, women included, are working to create all sorts of creative and diverse games. The fact that there can be games about history, education, or interpersonal relationships was all new to me. So I began to play games that appealed to me, such as the problem solving in Portal or the world exploring in Gone Home. One of the great things that new voices can bring to video games is a richer and more complex definition of what a game can be. It would be fantastic if there were as many genres in games as there are in film. And just because dramas, comedies, and documentaries exist doesn’t mean that action films do any worse in the box office.

I read an interview in which you said you didn’t want to amplify the voices of trolls. Did people you interview say things you didn’t necessarily agree with? How did you make decisions about what to do with that?

Because I was approaching this topic as an outsider, I didn’t really go into production with any preconceived notions of what my message was going to be. All I knew was that I wanted to make a movie about women in gaming. At first it was more focused on harassment because that was what first inspired the movie, but I soon realized that the topic was much broader and deeper than that. I did make an active decision not to include the voice of trolls, but I very much tried to include differing opinions from the people I interviewed. For this reason, while I was sometimes surprised by the answers I heard, I didn’t necessarily disagree with any of them. After all, they are just telling me their unique opinions and experiences—what is there to disagree with?  The process of finding people to interview was very organic—I had a few friends in the gaming world who gave me a few names at first, then after interviewing someone, they would often give me recommendations for a friend of colleague of theirs who they thought would be a valuable addition to the film.

I noticed that women who told their stories reacted to their harassment in a variety of ways: some laughed it off, others were angry or scared, some just shook their heads. How did these various kinds of reactions shape the story you were trying to tell?

Whether it’s humor, shaking it off, fighting back, or sharing their stories with others, I think it’s healthy for people to find whatever coping method works best for them. One goal of the film is to make women realize that they’re not alone and that there are others out there going through a lot of the same difficulties as they are. But ideally the biggest change won’t be just how women react to being harassed, it would be starting a dialogue that results in the end of online harassment, period.

This film is both disheartening and heartening, showing problems but also raising hope for potential solutions. Did you approach the film as a project with a goal in mind?

I wanted to illustrate a variety of experiences in order to be as true to the subject as possible. For example, in one scene, a professional gamer says that she believes the standards are lowered when she plays in a tournament due to her gender, but then we immediately cut to a more casual gamer saying that she feels that expectations for her are high as the only woman in the room. Additionally, some women had very difficult, traumatic experiences in the world of gaming and some had overwhelmingly positive experiences. No one person’s experience could ever be considered emblematic of all women in gaming. That being said, my biggest worry with the film was that it would discourage young women from entering this exciting thriving industry. Games are an almost limitless medium for storytelling and creativity, and the more diverse experiences of creators, the better. But I did want to be honest and accurate about the negativity that some women do experience.

I especially loved the game animations to indicate each section of the film: Marketing, Harassment, Characters, Boys’ Club, and Reception of Female Gamers. How did you organize the film into those particular sections? Is there anything you felt is missing or misconstrued within those categories?

I wanted to cover as much ground as possible, while still keeping the movie engaging and informative. Of course these five sections are just the tip of the iceberg when discussing women in games, but I picked these categories because they are topics that my interviewees kept looping back to. For example, many of the women I spoke with used the analogy of a clubhouse to describe the feeling of rejection they sometimes felt from men in the industry. So we decided to make that a chapter and illustrate the analogy quite literally in the graphics, by showing the video game heroine attempting to jump up to a treehouse, only to get knocked down and defeated.

I read that a friend brought to your attention the topic of harassment women face in gaming through an article about a specific incident of harassment (involving a gamer named Miranda on the TV show Cross Assault in early 2012), and that article sort of catalyzed this film’s production.  In the film, one of the interviewees says that people are either shocked or not surprised at all when they hear about female gamers getting harassed. How did your reactions change as you kept learning?

The Cross Assault incident jumpstarted production of GTFO because I was previously unaware of the harassment that takes place in gaming. And because I am a relatively young, tech savvy person who is interested in feminism, I was particularly shocked that this topic wasn’t getting more press and that I hadn’t come across it before. So one of my first goals was to illustrate this subject for people like myself: non-gamers who are interested in women’s rights, and who would otherwise not know this is happening. Now, three years later, because of more public incidents I do think that the general public is becoming more aware of the harassment of women in gaming. But while a lot of recent coverage has discussed what is happening, I want GTFO to delve deeper into why.

You started filming this before Gamergate was a thing, so how did Gamergate affect how you went about what to include in the film, if at all?

We did end up putting a short postscript about Gamergate into the festival cut of the film, because it’s fresh in people’s minds, and if we left it out it would be conspicuously missing from a movie about women in gaming. Sadly, three of the women that I featured in the movie (or perhaps more) ended up being attacked because of their involvement in Gamergate. The one thing I will say about Gamergate is that even though it may seem like a messy and complicated issue, the bottom line is that nobody should be attacked due to their gender, nobody should have their personal information leaked without their consent, and nobody should ever send death or rape threats, period. Gamergate is not an isolated incident—it’s just the most infamous and public example of harassment of women in gaming. 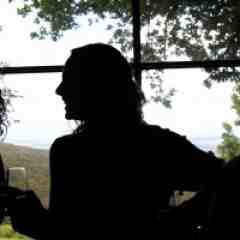 I live in Philadelphia, where I write, read, work at a library, and stare at dogs.

I have seen some cool exceptions in my experience, but yes girls are not treated fairly. It seems to depend on how many girls are in a given group and on the age of the guys (eg. fathers *tend* to think more before they insult others).

In some weird cases (exceptional) I experienced in voice communications, the level of unfounded hate some girls received was really shocking; I mean the level where you have to mute both sides and the clan warns the guy that he might get kicked out (which is a positive note for the male leaders of the clan mind you). The negative note is that more subtle bullshit, denigration, of girls, gays, blacks, jews, etc. can go on a very long time before anyone dares to react. Dominant assholes get away with a lot in gaming. And in some games, finding a respectful/mature guild is almost impossible!

It is getting better in my opinion; mind you I don't think it could be worse, so...