New Feminist Music For the End of Summer | Bitch Media

New Feminist Music For the End of Summer 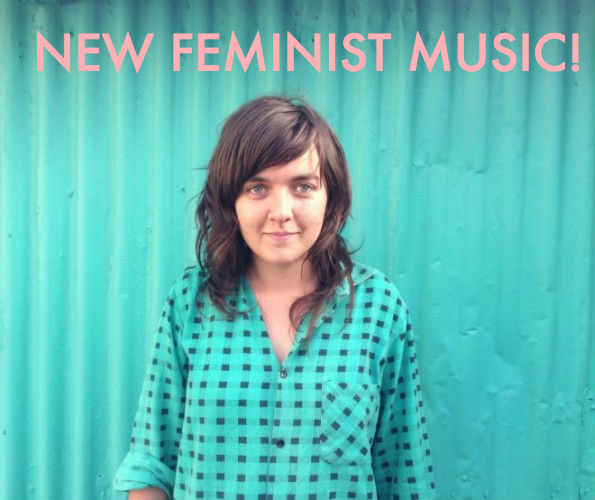 The end of summer doesn’t have to be bittersweet for music fans—more albums come out every autumn than any other time of the year! We’ve been grooving to lots of great new feminist music through the dog days of August and are looking forward to loads more over the coming months. Happy almost-scarf-weather, y’all!

Courtney Barnett (above) is in the midst of winning over the world. Last year, she debuted with two practically-perfect-in-every-way EPs, and has made clear in her live appearances that she’s as funny and insightful in conversation as she is in her songs. Her band pulls off melancholy folk, sprawling psych-influenced rock, and acoustic singer-songwriter storytelling equally skillfully, and their range is again on display in this cover of an early-90s Breeders single, done for the AV Club’s awesome Undercover series.

2. Lowell — We Loved Her Dearly

September is already my favorite month of the year because it’s the month Canadian pop singer Lowell releases her debut full-length album, which I’ve been waiting for since March. I wrote about her feminist politics and irresistible music at length here, and hope dearly that she takes over the world. Lowell is hands down my favorite musical discovery for 2014. Here’s her latest video, for the mellow, otherworldly “The Bells.” ALL HAIL!

Portland-based queer metal band Labryse just wrapped up funding for their first full-length album in August on Indiegogo, but are still accepting donations through Bandcamp. Their music is fierce, their message is inclusive, and their goal is to make the world bigger and better for everyone, one shredded riff at a time.

Sydney folk trio Little May have built their careers themselves, self-releasing their music on SoundCloud. They’ve announced an EP in October, which I’m hoping is filled with the same glittering, sweet harmonies they’re showing off in “Dust,” below.

DIY indie rockers Buke and Gase make their own instruments (their name is the combined names of their signature creations), and apply this same from-scratch inventiveness to every one of their songs. This song, “Seam Esteem,” came from a project in which the band released new music in some form (finished track, snippets, themes) every single week, tagged #MondayMissions. They’ve got pop sensibility, electronic accompaniment, and a foundation of rock ‘n’ roll. I’m always excited to hear from this hugely creative duo, and am hoping #MondayMissions gives them lots of new material to deliver to my waiting ears.

Hollie Cook is an established star in the UK, but is only now bringing her lover’s rock-pop Stateside. Her voice is low and sultry and the lyrics to her first single “Looking For Real Love” are about prioritizing herself in the dissolution of a relationship. Thousands of songs by lady singers bemoan a partner leaving, but rarely does the singer point out how she could never have what she wanted from her partner if they’d stayed. Cook’s video below adds a comical and sympathetic twist to her revenge fantasy. (Speaking of which, that actor is INCREDIBLY flexible.)

7. Laetitia Sadier - “Then, I Will Love You Again”

Laetitia Sadier is best known for her work in Stereolab, and has an instantly recognizable singing voice. Her lyrics are introspective, sometimes searingly so. She’s about the release her third solo album, “Something Shines,” and has put out the beautiful, samba-influenced single “Then, I Will Love You Again” in advance.

I’m going to say a bunch of words all in a row, and they’re all going to be about Myrkur, and they’re all you’ll need to know about why I’m in love: Scandinavian one-woman black metal band with operatic influence. YOU’RE WELCOME.

She Keeps Bees began when musician Jessica Larrabee taught her partner to play drums. The pair began writing blues rock and immediately garnered attention from other bands. Before they were signed, She Keeps Bees toured with Joy Formidable and contributed vocals to Groove Armada. Their first major-label album, Eight Houses, comes out this month and enlisted Sharon Van Etten for backup vocals. The album’s first single, “Is What It Is,” is haunting and empowering, and comes paired with a disturbing, compelling video about a young woman enacting her independence in the face of parental self-absorption.

We’re already collecting music for our next roundup, and will be covering Austin’s Stargayzer Festival at the end of this month! What have you been listening to? Let us know in the comments!