There’s a certain risk involved in being excited for a film. High expectations often lead to disappointment, especially when you spend two years anticipating a film.

Such was the case with Girl Most Likely and me. When I first heard about this film, it was called Imogene and still in pre-production. The premise intrigued me immediately: a female playwright fakes a suicide attempt and is forced into the custody of her overbearing mother.

I wasn’t just eager for this film. I was pumped, and not just because of DARREN CRISS OMG. The premise had “dark comedy” written all over it. I expected Imogene to be the next Young Adult and give us the next great comic anti-heroine. With the combined talents of Kristen Wiig, Annette Bening, Matt Dillon, and Darren Criss, Imogene was going to be a brilliant dark comedy that would immediately make its way onto my DVD shelf, be completely ignored by the Academy Awards, and prompt another scathing blog post from me criticizing the Oscars for disrespecting comedy and not recognizing great female characters.

Instead, Imogene was a movie called Girl Most Likely, a quirky film about a woman in New York City whose life falls apart, forcing her to return home to her family in New Jersey. At first, she resents having to go back to a life that she didn’t care for, and doesn’t like living with her quirky and strange family, but eventually, she Learns to Appreciate the Important Things in Life and reject all those New York snobs who didn’t really care about her as a person.

So, kind of like Sweet Home Alabama, except in New Jersey. Not exactly the great dark comedy I was looking for.

[Spoiler Alert: This rest of this review gives away some plot details.]

Now, I still enjoyed a lot of things about the movie. The script is often unfocused, but contains a lot of sharp writing and clever dialogue. Imogene’s family is delightful, and I was immediately charmed by her younger brother Ralph (Christopher Fitzgerald), a mollusk aficionado. I loved the relationship between Zelda (Bening) and “George Bush” (Matt Dillon), two weird, offbeat people who adore each other. (I also love that Zelda being older than “George” was not mentioned at all—extremely rare in depictions of relationships between older women and younger men.) Bening, Fitzgerald, and Dillon are consistently funny, and Darren Criss is charming and sexy as a singer/performer in a Backstreet Boys cover band.

Because there was a lot to enjoy about Girl Most Likely, I tried not to be overly critical just because it wasn’t the movie I expected. In the wise words of Marlo Stanfield from The Wire, “You want it to be one way. But it’s the other way.” It’s not the film’s fault that I expected something different after reading the premise. I tried to judge the movie for what it was, not for what I wanted it to be. But even after putting my expectations aside, I couldn’t help but notice two glaring flaws in the film: 1) Imogene isn’t likable and 2) the story trivializes suicide.

Regarding flaw #1: I recognize that female characters are often held to a higher “likability standard” than male characters. (Theater critic and my good friend Carey Purcell has a great article about likability on her website.) I d

on’t need all, or even most, of my female characters to be likable. But I got a very strong sense from the script that Imogene was supposed to be likable—and she’s not.

Whether the character is male, female, or genderqueer, if the writer wants us to like the character and we don’t…well, that’s a problem.

There are very few times in the film where I genuinely like Imogene, and all of those scenes involve her interactions with Ralph. She’s affectionate to Ralph and supportive of him, and as a big sister of brothers, I have a soft spot for sister characters who re nice to their brothers.

But when Imogene interacts with any other character in the film, I have to wonder, “Why are these people wasting their time with this woman?”

When Imogene talks to her mother, I want Zelda to stop being so nice and yell at her daughter for being an ungrateful brat. When Imogene hangs out with Lee, I can’t help wondering what he sees in her. When Imogene finally confronts her absent father (Bob Balaban), the father character is written as such an over-the-top intellectual snob stereotype that I can’t take Imogene’s pain seriously.

In the real world, threatening to kill oneself to get a partner or ex-partner to stay with you is an act of emotional abuse. But for Imogene, it’s just a sign that she really needs help, poor thing.

And when Imogene confronts her ex-boyfriend and snobby fake friend at a book launch party, we’re supposed to recognize that these people are jerks and cheer her on. Because gasp—her ex-boyfriend didn’t even check in on her after she tried to kill herself! And he was totally cheating on her before he dumped her!

And we’re supposed to be outraged about this—except, considering that the suicide attempt was fake, I don’t think Imogene has any leg to stand on.

And if a screenwriter wants us to sympathize with the main character, I shouldn’t watch the big confrontational scene between the main character and her snobby fake friends and think, “Uh, the snobs kind of have a point here.”

More problematic, though, is the way a faked suicide is portrayed as another quirky character flaw in a film filled with quirky people. It’s just like Ralph’s fondness for mollusks, or Zelda’s penchant for gambling, or Lee’s Backstreet Boys cover band, or “George Bush” having been struck by lightning three times.

I don’t think I need to explain why portraying a faked suicide as a mere sitcom quirk is a problem, do I? Good.

It’s not a bad thing that Girl Most Likely wasn’t the movie that I expected. It’s not the screenwriter’s job to write a dark comedy about an anti-heroine just because that’s a movie I want to see.

But while a faked suicide attempt is a great inciting incident for a dark comedy, it doesn’t work as well for a quirky comedy about a woman who needs to pull herself up and learn to appreciate her family.

if Girl Most Likely would rather be a quirky comedy than a dark comedy, that’s fine. But I can think of about ten different plot ideas to bring Imogene back to New Jersey that don’t involve trivializing suicide or pretending that emotional abuse is just a quirk. Would it have been so hard to have Imogene reluctantly go back home because of Ralph’s birthday or just because she left the first draft of the play she was most proud of in her mother’s basement?

Here’s the trailer for Girl Most Likely:

This is a cross-post from movie site BitchFlicks. You can read more of writer Theresa Basile’s work here. 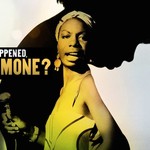