In a New Video Game, the Villain is Sexual Assault | Bitch Media

In a New Video Game, the Villain is Sexual Assault 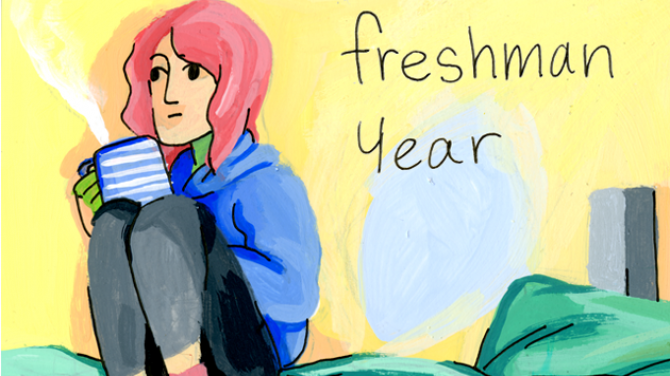 In many video games, the bad guys are villains hellbent on global domination or zombies hungry for human flesh. In game designer and programmer Nina Freeman’s new video game, Freshman Year, the antagonist is much more realistic: a guy who tries to sexually assault a college girl.

It’s a quick online game—it only takes 10 minutes to play it the entire way through—where you play as college freshman Nina. You begin the game curled up in bed scrolling through Facebook pictures from the previous weekend’s wild party. But when your friend Jenna texts you and asks you to come out that night, your decisions begin to change your course like a Choose Your Own Adventure novel. You can either ask to walk over with Jenna, or you can say you’re being lazy and will meet her at the bar later. You can decide whether to go in the jeans you’re wearing or to dress up in a short, tight skirt.

But no matter what decisions you make, the result is always the same: you end up being cornered and sexually assaulted by the bar’s bouncer to a sparse soundtrack of only your own pounding heartbeat. Because the game is only 10 minutes long, you can play multiple times and see that no matter what choices you make in the game, the end result is still the same. 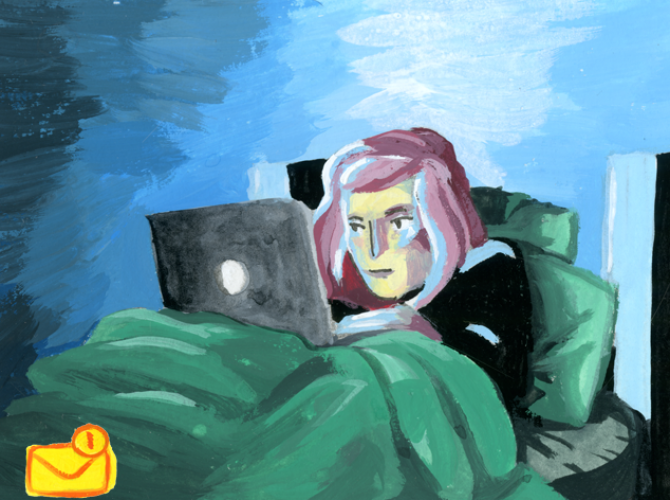 Freshman Year shows that your own decisions aren’t what dictate whether or not you can get sexually harassed or assaulted. You can dress as modestly as possible, you can have only two or one or zero drinks, and that still doesn’t make you immune to being harassed. The only decision that leads to sexual assault is the assaulter’s decision to assault, and that’s an important lesson for the world to learn.

What the game gets especially right is the anxiety of being a young woman alone. Toward the end of the game, when you can’t find Jenna, after every click and every interaction you check your phone, only to see no response from Jenna every single time. You check your phone after the bouncer tells you you’re cute, after you say you came out to check on your friend again, after he asks for your name. The constant checking is unsettling, and it deftly shows how uncomfortable your character feels. 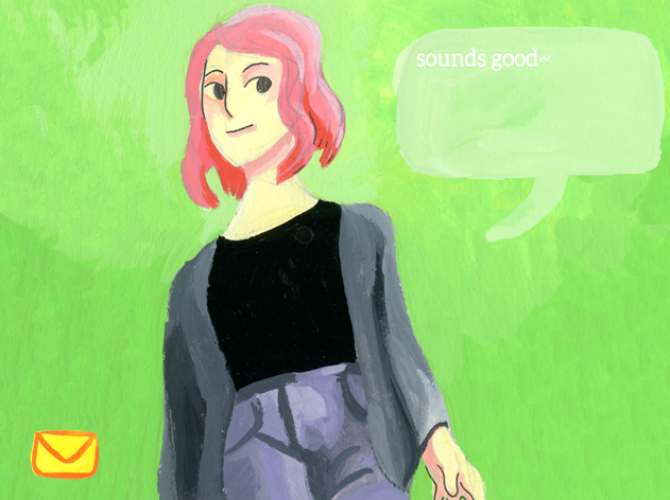 What I love most about this game is that playing it feels like reading an essay in a way. The game interrogates the process of harassment and walks the player through it. Freeman told Mother Jones that she studied poetry in college and is very influenced by confessional poets like Frank O’Hara and Elizabeth Bishop. She also said she’s interested in creating “games that help players try and get close to someone else’s lived experience.” So while essays and poems are (usually, traditionally) limited to text and static imagery, by instead telling stories with narrative-heavy games like this, creators can use strong visuals and soundtracks to further the immersive experience of being someone else.

Freeman worked on Freshman Year with artist Laura Knetzger to make the graphics for the game and Stephen Lawrence Clark did the game’s audio. She plans to release another game this year, Cibele, about the first time she had sex, and she’s currently working on a project with Fullbright, the studio that designed Gone Home. I’m looking forward to seeing whatever she comes up with next.

This sounds like it's giving women the message there's nothing they can do to stop their own victimization. As if they're just doomed to it. I don't think women are helpless children. I think this game is sending a really uncomfortable, disempowering message.