New Memoir "Bird of Paradise: How I Became Latina" Digs into the DNA of Racial Identity | Bitch Media

New Memoir “Bird of Paradise: How I Became Latina” Digs into the DNA of Racial Identity Cepeda is one of a handful of women who were prominent in the glory days of hip hop journalism. Feminist hip hop fans will recognize her name from the masthead of Russell Simmons’ now-defunct One World, and as the editor of the anthology And It Don’t Stop: The Best American Hip-Hop Journalism of the Last 25 Years.

In the first part of the book, we get to watch Cepeda grow up in New York City, the daughter of two immigrants from the Dominican Republic. A child of divorce who finds community with Latinos and African Americans as hip hop’s progenitors, Cepeda is a tomboy who inherits her farther’s sarcasm. Even as she takes tennis and piano lessons, young Cepeda is not shy about cursing out anyone who crosses her. Her infrequent vulgarity, just like her Spanglish, is delightful to read.

She also recalls becoming aware of her racial identity. At the Long Island tennis academy she attends on scholarship, a guy says she looks like a younger version of his family’s nanny, then tells her, “Anyway, you’re sort of hot in an exotic way. Maybe one day you’ll work for me and we can fool around.” Her response: “You mean maybe you’ll work for me.”

The second part of the book is less fluid. After her father undergoes heart surgery, Cepeda is inspired to learn more about her family history and has an epiphany that sets the stage for the rest of the book: “We have both dealt with our past by not talking about it and, perhaps consequently, have grown equally detached from most of our relatives. I’ve been too busy running away from the violence and abandonment that marked a big chunk of my childhood to revisit it. However, as resolved as I was to forget the past, I found myself determined to excavate it.”

As she travels to Morocco and the Dominican Republic, Cepeda sorts out not only her personal connection to these places, but also the global Latino connection. The journalistic second half is very different from the first. She is still at the center of the narrative, but some passages read like she is the Latina Henry Louis Gates Jr. on assignment. She shares what she finds out about her family’s history (her father and other relatives take mtDNA tests) and her ancestry with readers and a group of Latina-American teenagers, who also have their ancestry identified through Family Tree DNA.

If you’re a memoir lover who also wants to learn more about the connections between Latin American, African, and American identity, Bird of Paradise is engaging and real. 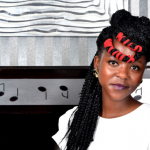