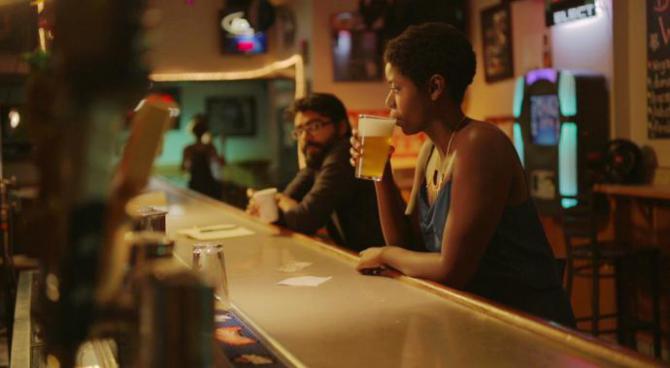 Outside of watching shows like How to Get Away with Murder, the record-setting Empire, or binging Orange is the New Black, there’s not much TV I’m interested in. I am often drawn to series that center on complex and flawed Black female protagonists and there remains a shortage of those women on television. Where TV continues to fall short, recently web series have started to fill the void. Web series are more diverse than broadcast television. They offer people of color options that allow them to see authentic and nuanced representations of their cultures.

Web series have started to fill the void, since they are more diverse than broadcast television. They offer people of color options that allow them to see authentic and nuanced representations of their cultures.

One of my new favorite series is You’re So Talented, a show from creator Sam Bailey that just launched its first episode this month. You’re So Talented follows the triumphs and lows of Bea, a Chicago actor and artist who attempts to gain her footing in a world that has little appreciation for people who follow unbeaten paths. Funded in part by $2,300 from donors on IndieGoGo, You’re So Talented is an entertaining and daring glimpse into the lives of modern Black American women who are trying to keep our heads above water.

Web series offer creators and viewers several things that TV can’t. First off, web series are accessible. Viewers don’t need to purchase a cable subscription to indulge. Also, episodes have more flexible lengths than they do on TV, ranging in length from five to 30 minutes, so enthusiasts can pencil in a new episode between other responsibilities. The booming web series market has allowed some aspiring creators to establish their audience and then make the jump into translate to mainstream media. In 2011, comedian and actress Issa Rae created of The Misadventures of Awkward Black Girl, which was a big hit on YouTube. This year, she has a new book, a talk show on AspireTV, and has show deal with HBO. Others creators—like Numa Perrier and Lena Waithe—have followed similar paths. Their successful web series and have funneled them into the notoriously difficult entertainment business.

As Dr. Kimberly C. Ellis, a scholar and critic points for the Washington Post:

“One of the reasons Issa Rae is so popular and the Web series ‘Awkward Black Girl’ has gone viral is that it effortlessly complicates and counters the narratives that have been historically produced about black women,” such as the Mammy (comforting), the Jezebel (promiscuous), the Sapphire (outspoken, angry).

Black women are able to see themselves and their complexities within the multitudes of characters available on web series.

Enter You’re So Talented. In the show, Bea’s experiences are relatable, especially for other young, Black creatives who keep meeting roadblocks in their lives. The series opens as Bea is preparing for the opening night in her latest stage production. Her life resembles mine: A cup of coffee is immediately necessary after waking up and slapping the snooze button several times.

You’re So Talented, Chapter One from Open TV (beta) on Vimeo.

On the opening night of her show, her boyfriend decides to break up with her. He shows up with a bouquet of wilted flowers and feeds her lines about loving her “as a friend.” Bea’s distress is evident on her face as her now ex-partner offers her droopy flowers as a consolation prize for his heart. We then see Bea downing a flask of vodka with a friend as she ponders life in an empty tub. The scene sharply recalled my own memories of broken promises and a shattered heart, and the friends who kept me from drowning in the sorrow.

A quarter-life crisis seems inevitable for Bea as she tries to fashion a life, love, and career that are all satisfying. There are sure to be floods of tears, moments of anger, and flashes of triumph— which are all necessary experiences for Black women to see reflected in in media. Young Black women telling their stories is so unique because so often, our stories aren’t given credence to exist as their own. Undoubtedly, You’re So Talented will be unfairly compared to Girls, Lena Dunham’s whirlwind series about four white girls finding their way in a white Brooklyn, New York world. You’re So Talented offers another side to the coming-into-adult narrative that is both refreshing, and needing of a larger platform.

You’re So Talented is, without doubt, an intriguing web series that’s worth watching. In Bea, Black millennial women now have a relatable protagonist we can invest in.

The actors are GREAT, the direction is impeccable with GREAT uses of space and the writing is insightful and funny without being overbearing. I'd LOVE to see more.