No Kidding: Putting Voluntary Sterilization in a Historical Context

If we’re going to talk about voluntary sterilization—or even the simple act of opting to have few or no children—we’ve got to get everyone on the same historical page. While I tend to take for granted that people understand the history of forced sterilization in the U.S., as well as countries such as China that mandate single-child families as part of population control, it may not be a given that everyone understands the connections between modern eugenics, race/class/ability privilege, reproductive justice, and the struggle for voluntary sterilization. Much as I know loads of folks use it as a jumping off point, skimming the Wikipedia entries for compulsory sterilization and eugenics in the United States only gets you so far. Please keep in mind, however, that I’m neither a historian nor a legal scholar.

Not wanting to have children and seeking to medically opt out can be a decision fraught with complications, if for no other reason than the complex history associated with forced sterilization of women of color, native and indigenous women, low-income women, people with disabilities, LGBTQ/GNC folks, immigrants, and seemingly anyone who might be randomly determined to be deviant or some sort of societal burden. Compulsory sterilization hasn’t been only carried as a form of eugenics, either. It’s long been a punitive “solution,” a way to punish criminals, though that distinction tends to overlap with the type of people persecuted as so-called criminals in the first place. 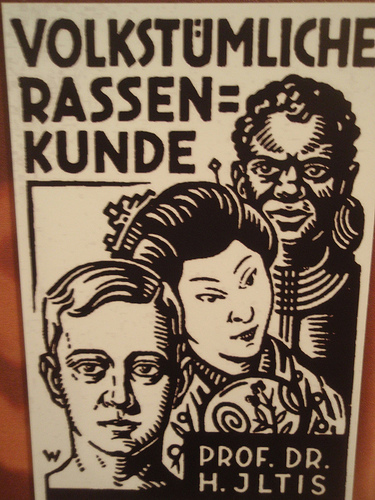 This wasn’t just a WWII Nazi-era phenomenon. The United States was the first country to use compulsory sterilization for eugenics purposes, and well into the mid-twentieth century, laws remained on the books in several dozen states that allowed for the forced sterilization of select groups of people, notably people with mental illness. It took until the Supreme Court case, Skinner v. Oklahoma in 1942, before it was deemed illegal to sterilize a person as punishment for a crime. Even after WWII helped shift stateside public opinion and after the official end of the U.S. eugenics movement, there have been reports of cases of coerced sterilization, and even sterilization campaigns enacted against women without any consent whatsoever.

It doesn’t take long to realize that today, the seemingly simple solution of permanent birth control is anything but. These (somewhat campy) films, made with public domain footage, explore how women have long made reproductive choices based on coercion, fear, poverty, and lack of social support.

Today, some woman can be voluntarily sterilized; I’m one of them. But in order to begin talking about why voluntary sterilization should be part of the larger conversation about privilege, gender, and reproductive justice, we all need to situate ourselves in history, think over where we’ve been and where we hope to be someday.

The question is—or rather, the questions are—how can we make voluntary sterilization part of our discussion about reproductive justice while honoring the despicable history of forced sterilization? How can we advocate for women’s reproductive freedoms while being respectful of the ways women’s bodies have been used and violated in the past? How can we support women’s rights to choose parenthood and equally support women who wish to opt out in whatever way they see fit?

Building a Better Race: Gender, Sexuality, and Eugenics from the Turn of the Century to the Baby Boom by Wendy Kline

The Black Stork: Eugenics and the Death of “Defective” Babies in American Medicine and Motion Pictures Since 1915 by Martin Pernick

I think
Volkstuemlich Rassenkunde should be translated as popular breed teachings. That's usually the vocabulary the Nazis used, I think the = was meant as a - to split the word... oh hey, so I did pay a little attention in history class ;D

Has nothing really to do with the article, I just wanted to point it out :)

I don't think I understand the questions? It seems to me simply acknowledging the history and taking the new right to control reproduction (obviously harder to do the lower your income is if you're an American) and using it as you will would be enough.

And it seems to me that pro-choice politics take care of the last question as they stand now.

As has been pointed out already, your German translation is way off. 'Volkstuemlich' is 'popular' but in the sense of 'folk', as in folk music, folk stories etc. 'Rassenkunde' is something like 'teachings' or 'lore' about race. So the whole is something like 'popular ideas about the races', or maybe the poster is advertising folk stories from different races / peoples. It's hard to tell without the context or knowing what the original source is.

I agree that the History and Practice of forced Sterilization is barbaric, cruel and inhumane. Yet, I don't feel that Sterilization in of itself if done upon a woman who is willing and committed to a child-free lifestyle(Or simply is done having children) It's a Very Valid and honorable path to take!

I just think that the limitations they put on voluntary sterilization is cruel. I have two friends that fit this example.

Friend number 1) Is a Female to Male Trans. As he is,with any luck, going to be undergoing therapy, has had a long history of problems with his reproductive tract, and really won't have much use for it. Wants to be sterilized. But seeing as he's under a age limit and in our current area claim nobody can get sterilized in till after they have one child. He Cannot have it done.

Friend number 2) She has mental illnesses, Ones that medication barely help her manage. Bi-polar, depression, PTSD, Anxiety, And much more. Being low income her whole life there have been many times where she got off her meds because should couldn't afford them. She had her First Child at 18 years old, and begged them to tie her tubes because she knew if she got off her meds she'd not only get pregnaut again but wouldn't have the mind to get a abortion. They told her she was much too young to get her tubes tied, despite her very valid reasons. Now she is 24 years old, has 3 children, one of which she fears has the same mental illness as her.

I do not know if the rules are different elsewhere in the states but here they seem to maintain if you are young or haven't had to set amount of babies already your not allowed to be sterilized.

I chose to have my tubes tied in 1978 when I was 27 years old and had never bourne a baby. I had it done in Louisiana. I told my gynocologist in Texas when I was 26 years old that I was planning to move to Louisiana, and that a doctor there had agreed to tie my older sister's tubes even though she had never had a baby. My doctor was on his way out the door when I mentioned it, and he stopped and looked back and, looking thoughtful, he said, "I think that is a very good decision for you." My older brother (also childless) had also chosen voluntary sterilization a few years before. I was a street artist with little income, and had been through several boyfriends who were not in the least interested in getting married or being fathers to children. In my mind, having children went along with the married/homelife/father-present scenario. I had watched many of my girlfriends try to go it alone after having babies, and I knew that I was not strong enough to go that way. I feared that I could someday make a mistake with my birth control pills, or that I may get sick just from taking them for too many years in a row, and chose the permanent solution. Many of my fellow artists on Jackson Square in New Orleans expressed their displeasure with my decision when they found out about it, not on religious grounds, but because they said I had "so much to give a child." I told them that if the gods really meant for me to have children, that someday they would put them in my lap. Many years later, in 1994 when I was 43 years old, I met my husband, Fritz the Cat, and happily took on the role of helping him rear his three beautiful babies. I love them dearly, as my own children, and consider myself priveliged to be a part of their lives. They are all wonderful adults now, and I don't for a second regret the decision that allowed me to join that family. If I had already been struggling to take care of my own brood when I met Fritz, I just can't believe that we would have made the decision to get together. This is a very personal and private decision. I found this site today because i did a search on the question, "Should voluntary sterilization be illegal?" The reason I searched was because I have noticed a stronger and stronger surge of religious zealots who are willing to go as far as murder to try to stop the legal practice of reproductive rights, and I started to wonder how far they may be willing to go if they managed to make abortion illegal again. Would they even make contraceptives illegal again? How about the rhythm method? That used to be forbidden. I would never force sterilization on anyone, but I don't think other people (legislators, doctors, or religious groups) should force conception and childbirth on me (or anyone else!)

Thanks for the tips on the translation. As I said, it was a rather loose one, so I asked one of my partner's colleagues, a German guy who had lived in Germany for his entire life up -- until about six months ago. Figured he'd know the score :)

He said that it basically reads "Popular/prevailing knowledge/ideas about races," though it's hard to translate precisely. He believes it comes from an old book about how you can spot a person of a certain race or ethnicity based on how they look. The equal sign is just a dash in German. If anyone else who speaks fluent German or is a native German speaker wants to jump in, be my guest!

That concludes our language lesson for the day. Thanks for playing!

I am a woman and I don't believe that reproducing should be a right. You aren't reproducing your own consciousness. The consciousness that will be the experiencer is not given a choice. I don't think there is a rational reason to bring someone else into this mess of living. I am someone who wishes their parents hadn't been such egotistical idiot fools. I really wish you'd write an article about Inmendham who discusses these issues. www.donotgod.com

Relevant: Ask Bear: Is It Okay To Be So, So Sad About My Miscarriage?

by S. Bear Bergman
A reader wonders how to deal with the grief of a miscarriage at eight weeks.