Of Queers and Cowboys | Bitch Media

Of Queers and Cowboys The town I grew up in—Athens, Georgia (pop. 100,266)—is generally known for two things: indie music (a la REM, Elephant 6, and Kindercore) and the University of Georgia, both of which play a major role in maintaining the town’s liberal leanings. However, Athens doesn’t lean too far. It’s still a place where college football dominates from Labor Day to Christmas, and if you’re not in church on Sunday morning, you are assumed to be riddled with sin.

Coming up in an environment rife with contradiction, I learned a lot about peaceful co-existence through plausible deniability. (He’s not gay; he’s just eccentric.) Sure, we had an annual human rights festival where the young and old listened to people like UGA law professor Eugene Wilkes speak about the need for student activism to combat the world’s ills, but mostly they were there for the music. One can only ask so much from a small town in the South, and once my identity as a radical queer feminist began to set in, Athens began to feel stifling. So as soon as I was able to, I did as gay rights icon Harvey Milk instructed, and fled to the nearest city. The city, however, was not the activist paradise I’d imagined it would be. I did find a lot of feminists and socialists and anti-racists and queers with whom I could link arms and “fight the good fight,” but I lost that sense of community I’d always known at home. What good was knowing someone would show up at a protest if you couldn’t count on them to show up when your car dies and you need to get to work? What good were late night conversations about Spivak when you couldn’t tell someone you were late with the rent (again)? I knew I’d lost something in the transition from small to large, and while I was happy with what I’d gained, I still questioned whether it was enough. I wondered if it were possible to reconcile being in a place where no one is a stranger with the benefits one gains when one is able to be anonymous.

Enter Out in the Country: Youth, Media, and Queer Visibility in Rural America. I recently interviewed Mary Gray for WireTap Magazine after reading her groundbreaking new book about the myths and mysteries of being queer in small town America. The book resonated with me deeply, as Gray (herself a former queer rural youth) explains how the current gay rights movement excludes rural LGBTQ issues and constructs a queer identity that increases rural queer invisibility. She provides strategies for altering the course to address their needs without requiring re-location (a luxury that is not always attainable or desired) or conformity to a falsely homogeneous queer standard.

Out in the Country was like a breath of fresh country air—just what this Georgia girl needed.

Why is the link to purchase the book pointing to Amazon?

given the topic of this post because it implies that one should prioritize one's queerness over one's financial situation. the truth is that amazon tends to offer books, cds, films, etc at a far cheaper rate than other retail sellers through its re-sale option, so while it's not a perfect option by any means, i am making the choice to prioritize affordability.

The queer rights movement DEFINITELY needs this wake-up call! Many LGBTQ folks are continually silenced and harassed in rural/small town America, and it doesn't seem to get attention unless a brutal murder occurs (see The Laramie Project). And as you note, sometimes it's not possible or desirable to just up and leave for a more liberal town or a city. The problem needs to be addressed somehow. We can't just tell people to run away.

My ex-boyfriend (who I am still on fairly good terms with) has spent most of his life in what he refers to as "Bumfuck, PA," a tiny town in northern Pennsylvania, surrounded by mountains and very isolated. He is bisexual, and not only does he generally not fit in with the prevailing culture there personality-wise, he also has no way of freely expressing his sexuality. He'd never be able to come out there, or even talk about his bisexuality. He knows better than that - at best, he'd be shunned or ostracized, and there is reasonable cause to believe his safety would be in danger. To make matters worse, he can't leave for another 6 months, as he has been put on probation for committing a minor misdemeanor (long story), and is also quite poor.

My situation is much better than his. I am bisexual as well, and I live in a fairly conservative area, one that would not be particularly welcoming to the LGBTQ community - but I am much less isolated, and I definitely have the means to leave (and am planning to).

I am sure there are others like him, in his very hometown - people who don't have the money or the means to get out, but whose sexualities are stifled or silenced by the local culture. As an LGBTQ activist, I definitely think we need to focus more on this issue. Thanks for posting this!!

She provides strategies for altering the course to address their needs without requiring re-location (a luxury that is not always attainable or desired) or conformity to a falsely homogeneous queer standard <a href="http://www.kohlenhydrat.org/kohlenhydrate/glykaemischer-index.html">glykämischer Index</a> 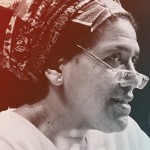