Last night, a couple of us lucky Bitch ladies got the chance to go to the sold-out-for-weeks Broken Social Scene show here in Portland. It makes sense, right? They’re a collective, just like we are!

(An aside: Broken Social Scene is kind of confusing, because they have lots and lots of contributors and different people play with them at different times. For a rundown of who’s who, check out this article. To be honest, we could only identify about two-thirds of last night’s lineup. Maybe it was the beers. Help us out if you see anyone we missed!)

If there was ever a doubt in your minds as to the gosh-darned niceness of Canadians, there shouldn’t be anymore. Kevin Drew (dreamy BSS frontperson) stopped the over two-hour set at one point last night just to say thanks to the Portland crowd, as if we were the ones doing THEM a favor. (He also thanked us for voting for Barack Obama! Aw, shucks.) Drew was joined onstage by a variety of BSS players, including Brendan Canning, Leon Kingston, Charles Spearin, Andrew Whiteman, and even a few members of Portland’s own Menomena.

Of course, the feminists in us were a bit disappointed to see most of BSS’s leading ladies absent from the lineup (tours often include Emily Haines, Leslie Feist, and Amy Millan, among others). Lisa Lobsinger was in full effect though, representing for the women. Check out this video of her singing lead on the song “Anthems For a Seventeen-Year Old Girl” (videography by Kjerstin):

One of the more special moments of the night came when the group disbanded leaving only Charles Spearin on the stage. Spearin introduced a side project entitled “The Happiness Project,” wherein he puts the syntax of people’s thoughts and words on happiness to music. And while his first song, “Mrs. Morris” left everyone in the audience beaming, the second brought the crowd just shy of rapture, especially when the rest of the group joined in. Video by Kjerstin below. (Another aside: we are not sure who the sax player is here. Any thoughts?)

Taking less of an exit than a repose, Kevin Drew and Brendan Canning held the audience over while Team BSS regrouped offstage toward the end of their super set (Canning even treated us to some yoga stretches, guitar in hand of course). The “encore,” which felt like the last of several musical sections broken up, began with a heartfelt “Lover’s Spit.” And while their final number started with “It’s All Gonna Break,” the epic finale morphed and melted into several songs including “Swimmers” until it drew to a riotous close. Drew thanked us again, adding that no matter what happens, they’ll always be our Broken Social Scene.

They’ve got that right.

Thanks so much for posting this! It sounds like an amazing night!!!

I've heard some of the other work from The Happiness Project and it sounds really incredible.

And, of course, Broken Social Scene are always awesome! :)

is bitch a collective???!

I just mean that they all work together and get input from lots of different people, and we do too! Each issue of Bitch has lots of different contributors. just like Broken Social Scene does. I didn't mean it in a weird way or anything. Both are rotating groups of people working together, so that is what prompted me to draw the comparison.

Thanks for creating this post and sharing your impressions. A friend of mine said it was an outstanding performance! She couldn't even believe they played that long and at the end she was the one getting 'tired', not the band=) Frankly speaking, I really wish I've missed the possibility being that lucky Bitch that night, cause I'd love to see Justin from Menomena and listen to the Almost Crimes! 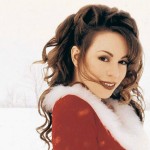 by Evette Dionne
Saying “happy holidays” does not contribute to a fictitious and ridiculous “war on Christmas.”