Here’s all the feminist news on our radar today:

• A scripted reality show called GAME_JAM was suppose to pit a team of game developers against each other. But instead, the cast joined ranks after the show took a sexist turn and walked out!  How cool is that?  [TheMarySue]

• Modern Family star Jesse Tyler Ferguson called out conservative critics of his show and people who oppose same-sex marriage. “It’s a stable household that benefits children the most,” he says. [Huffington Post]

• I’ve been trying to figure out how to delete an un-deleteable Facebook account for a while, and Bitches Gotta Eat blogger Samantha Irby cracked the code: in all her potty humor genius, she got kicked off FB for talking about farts! [XOJane]

• Last week, black woman chemist and Geek Girl Con organizer Raychelle Burks made a great little video about how you could make a cologne that would smell like death to protect yourself during the zombie apocalypse. SNL reported on the cologne in a Weekend Update segment—but they assumed Burks was a man!  When shit goes down, I’m sticking with Burks—she knows how to deal with the undead. [Slate, YouTube]

• This week, Bitch is putting together an amazing podcast about the queer music scene in the Northwest and beyond. I’m excited about it! So here’s a brand new video from one of my favorite Seattle bands, Childbirth, from their album It’s a Girl. The video is called “How Do Girls Even Do It?” [Seattle Weekly, Vimeo] 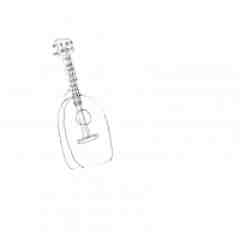 With all the lengthy accounts of sexism in the gaming industry, the participants banding together and saying no to it, is such a breath of fresh air.