• The GOP celebrated May Day by filibustering a bill that would have raised the federal minimum wage to $10.10 per hour, protecting corporate freedom to underpay workers. [Autostraddle]

• Military sexual assaults are up 50 percent in the last year as a result of increased reporting. The government is specifically targeting male victims who report at an even lower rate than female victims. Defense Secretary Chuck Hagel said in a recent news conference, “We have to fight the cultural stigmas that discourage reporting and be clear that sexual assault does not occur because a victim is weak, but rather because an offender disregards our values and the law.” [AP]

• Fox News’ Shepard Smith allegedly got demoted for asking the network permission to come out publicly as gay. While that’s a big problem, this piece in Salon lays out why Fox’s anti-gay agenda is much worse than it’s internal employee relations, calling it a “festering cesspool of reflexive bigotry.” Yikes. [Slate]

• Whitney Lee, a transgender inmate in an Ohio prison whose hormone treatments have been stopped, is fighting for her treatments to continue through the remainder of her three year sentence. [Guardian]

• Professional boxer Floyd Merriwether has a long history of committing violence against women. Yesterday Merriwether attempted to retaliate against his ex-fiance Shantel Jackson by posting an image of a sonogram that he claimed was proof she had gotten an abortion, saying the two split because he “doesn’t believe in killing babies.” [Jezebel]

• New York’s Brooklyn Academy of Music is highlighting the cinematic women of punk with a film series, “Punk Rock Girls.” The series will feature 12 punk-inspired movies, including Ladies and Gentleman, The Fabulous Stains (below). Lazy Sunday is gonna be so hardcore this weekend. [Huffington Post] 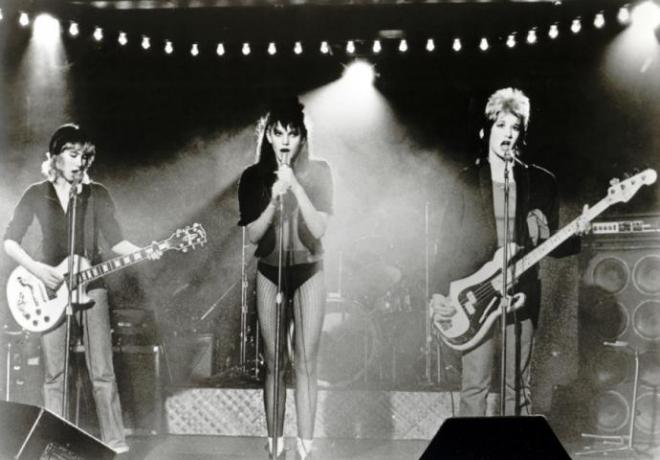 I don't know if anyone was following the gender debate surrounding the tumblr "My Husband's Stupid Record Collection" but she posted a great entry on punk music and rape culture.

Some good news on the minimum wage -- Seattle announced yesterday it would increase the city's minimum wage to $15/hr with a phase-in for the first time in history outside the country of Australia and the Seattle airport suburb of Sea-Tac.

It still needs to pass a city council vote but there doesn't seem to be a problem there. All of the city council members already agreed to it in principle and it's so popular here I don't think any would dare oppose it.