• Department-store chain Macy’s, along with other retail giants like Kroger, spent this summer lobbying Texas governor Rick Perry to veto the Lilly Ledbetter Fair Pay Act. Sign UltraViolet’s petition to the mega-retailer, which urges the company to do the right thing and support wage equality. [Fashionista, UltraViolet]

• Iowa is home to the nation’s first telemedicine program for abortion—whereby women, largely in rural areas, can take an abortion pill while under video supervision by their doctors. But the state’s Board of Medicine is now voting to ban the program. [ThinkProgress]

• “There is no misogyny like Silicon Valley nerd misogyny,” according to Valleywag’s Natasha Tiku, who rounded up some of the most infuriating stories from women working in various parts of the tech sector in response to last week’s post on “culture fit” in tech. [Valleywag]

• Pregnancy-discrimination complaints have risen by 35 percent over the past decade, despite existing workplace protections. Why? Bitch contributor Liza Featherstone has the rundown. [Glamour]

• Wednesday’s commemoration of the 50th anniversary of the March on Washington was, in part, an effort to appeal to young citizens to continue the unfinished work of the civil rights movement. So why were young speakers cut out of the program? [Code Switch]

• Etsy’s long been your source for twee knit baby caps and awesome letterpress Game of Thrones art, but who knew the site also peddled rape culture? Witness the glass, sold by Etsy shop ThatGlassStore, whose bottom is etched with the message “You’ve just been roofied.” Classy! [Huffington Post via The Frisky] 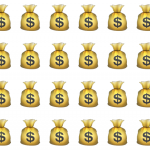 by Sarah Mirk
Anti-capitalist feminists talk about squaring their politics with their need to earn a living. Featuring Michelle Tea, Ashley C. Ford, Roan Boucher, and the hosts of Criminal.