Here’s what’s on our radar this morning.

• Bedsider breaks down how the Affordable Care Act will affect your birth control coverage on October 1st. [Bedsider]

• Sexism in the new Riddick movie: “The constant use of violence against women as emotional leverage for the audience is a cheap trick.” [The Mary Sue]

• The Aibai Culture and Education Center published some disheartening infographics about coming out as LGBTQ in the Chinese workplace. [The Atlantic]

• The Oklahoma School District that reprimanded a 7-year-old girl for wearing dreadlocks has changed its policies on allowing “faddish” hairstyles. [Colorlines]

• Sickening images of a fan with an impaled and severed costume Indian head illustrate why using Native Americans as mascots is not okay. [Racialicious] 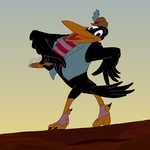