Here’s what’s on our radar this Wednesday.

• Shakesville breaks down the consequences of electing conservative Tony Abbott as the new Prime Minister of Australia.  [Shakesville]

• Contrary to the idea that women’s biological clocks are ticking faster, rates of infertility have actually gone down among U.S. women in the last three decades.  [Bedsider]

• In economic news: Nearly 1 in 5 adults is still living with their parents.  [Sociological Images]

• Captain Awkward gives great advice on how to deal with a partner who won’t help out with their share of household chores.  [Captain Awkward]

• The Census released new poverty statistics that shows the rate of Americans without health insurance has decreased, but race is still a defining factor.  [Colorlines] 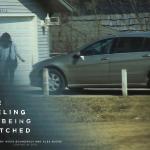 by Sarah Mirk
Documentary "The Feeling of Being Watched" investigates how the FBI kept tabs on an Arab-American neighborhood for years.