Here’s what’s on our radar this Wednesday.

• The Guardian published an op-ed from an employment lawyer telling women not to file sexual harassment complaints, and Feministing breaks down why her logic doesn’t work. [Feministing]

• In the new TV shows “Sleepy Hollow” and “The Blacklist,” the men are allowed to be themselves, while the women are charged with carrying all of the emotional baggage. [Salon]

• And along similar lines: Striking promotional posters for the movie “The Counselor” demonstrate that while men are allowed to age in Hollywood, women are not. [Sociological Images]

• LBGT immigrants could face challenges applying for marriage visas because of the invasive processes that out applicants to their family, communities, neighbors, or bosses. [Colorlines]

• Indiewire looks at women in sitcoms and argues that while Jess from “New Girl” has evolved over time, Mindy from “The Mindy Project” still doesn’t know who she is. [Indiewire]

• Indian Health Services finally expands over-the-counter Plan B access for Native American women to be in line with federal law (though it’s still not part of their policy to make it available to all ages without a prescription). Access to emergency contraception is particularly important for Native American women because of the high rates of sexual assault they face. [Feminist Majority Foundation]

• Vanderbilt University alumnae surveyed each other and current students about sexual violence to see if the school really has done enough to prevent assault.   [Buzzfeed Community, via Moriah Kathleen] 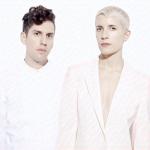