There’s a lot of news on our radar this morning.

• Unlike the rest of the country, California is actually trying to expand access to abortion services.  [Salon]

• Mother Jones complied a list of 48 people who will be hurt by the government shutdown.  [Mother Jones]

• Feministing responds to the Black Girl Dangerous article about the problems with allies. [Feministing]

• The Health Insurance Marketplace opened yesterday! Bedsider breaks down how you can sign up for a plan that works for you. [Bedsider]

• In other healthcare news: although employers are required to cover breast-feeding services for women under the Affordable Care Act, many employers are lagging behind the law.  [The New York Times]

• On Sunday, art group FORCE organized the first public showing of its project “The Monument Quilt” where 100 red quilts made by the survivors of rape and abuse were displayed on the center plaza on Baltimore’s Penn Station. [Upsetting Rape Culture] WOW I wish I were in Baltimore to see that piece in person. Breathtaking. Perfect.

Relevant: "The Mama Sherpas" Shines a Light on the Skills of Midwives 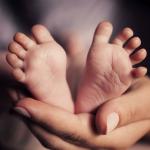 by Avital Norman Nathman
The new documentary explores the role midwives play in improving how Americans deal with pregnancy and birth.