Good morning folks, here’s what we are reading this morning!

• After immigrants are released from detention in the United States, more and more often they’re being coerced into wearing ankle monitors. There has been a 40 percent rise in the number of ankle monitors for immigrants in the last six months. [LA Times]

• Sarah Stillman writes about 27-year-old Black journalist Charnice Milton, who was accidentally killed in police crossfire on her way back from an assignment in Washington D.C. on May 27. [The NewYorker]

• In the documentary Number One With a Bullet, five rappers who survived gun violence—Obie Trice, B-Real, 40 Glocc, The Last Mr. Bigg, and Young Buck—revisit the site of their shooting and discuss how it affected their life [Fusion]

• Hilton Als gives us a glimpse of Ingrid Sischy’s life and her unique contribution as an editor of Andy Warhol’s magazine The Interview. [The New Yorker]

• Inspired by engineer Isis Wenger (below), women who work as engineers are sharing photos of themselves on the hashtag #ILookLikeAnEngineer. [Medium] 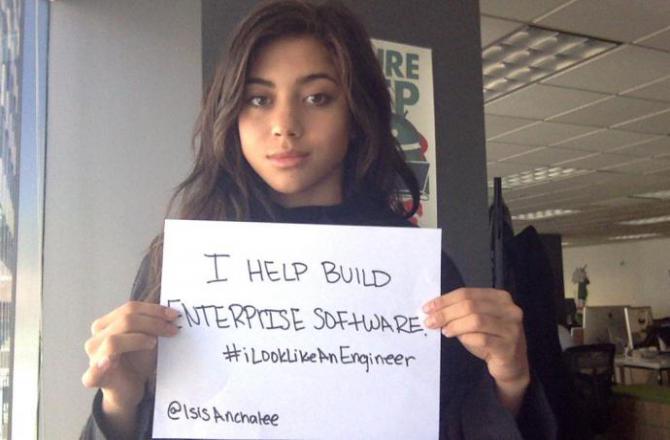 Don’t forget to share what’s on your radar in the comments section below!

Want the best of Bitch in your inbox? Sign up for our free weekly reader!