Here’s the feminist news we’ve got on our radar today.

• Friday was National Coming Out Day. Jayson Flores asks what it means when we celebrate “straight-acting gays” for coming out while mocking those who are more gender non-conforming for telling us what we already presume to know. [PolicyMic]

• After receiving criticism for its “buy one, give one” business model that fails to address systemic causes of poverty and displaces local shoe producers, TOMS announces plans to begin manufacturing some shoes in Haiti starting in 2014. [Public Radio International]

• When urban scientist Dr. Danielle N. Lee turned down an offer to write for Biology Online, its editor called her an “urban whore.” Then she wrote a blog post about it for Scientific American and they deleted her post without informing her. [Slate]

• Christina Aguilera traveled to Rwanda with the World Food Program to feed children, continuing a long legacy of white American celebrities “saving the children” in Africa. [Africa Is A Country]

• Vice interviewed Petra Collins about her controversial American Apparel vagina t-shirt, feminism, menstruation, and pubic hair. Collins says, “Women are supposed to be submissive, we’re not supposed to be in control of our sexuality, so I guess it’s scary when a woman goes through puberty and gets hair and is able to take control of herself and her body.” [Vice] 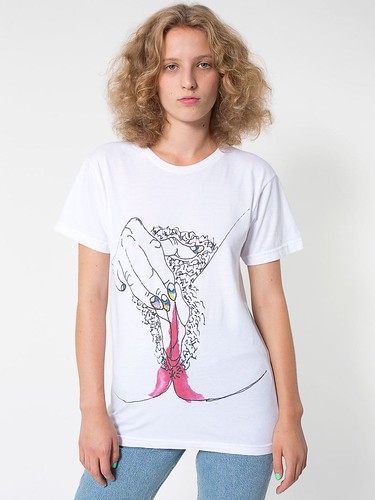 Let us know what’s on your radar in the comments section.

Flores' article is the second I've read today from a writer semi-celebrity prima donna complaining about not getting enough attention (the first was an article complaining that Facebook posts should only be entertaining to them, not full of annoying personal updates about life and family). Since when is coming out and being met with "yeah, we kind of figured" less supportive than BEING KICKED OUT OF YOUR HOUSE?! And thanks for shaming people who "aren't gay enough" to be readily visible. Some of these people do come from more conservative backgrounds and dress and behave in a matter they've been taught is culturally acceptable for safety reasons, but also sometimes it's just what they like and they're not intentionally hiding anything. 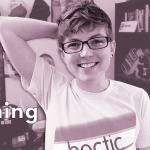