• Check out six viewpoints on the question: “Are ‘trans rights’ and ‘gay rights’ still allies?” [NYT]

• The Mindy Project’s handling of sexual harassment deserves some critical thought. We covered the show’s treatment of male rape a couple weeks ago. [PolicyMic]

• Communities of color are often left out of domestic violence outreach. [Brown Girl]

• The San Francisco’s Transgender Film Festival is running a fundraiser to keep on rolling! [Kickstarter]

• Is the pressure to be “fabulous” just another way to police queer bodies? [In These Times]

• Check out this look at the history of silent film: lots of women (including women of color) worked behind the scenes during the silent film era. [Indiewire] What’s on your radar? Post your links in the comments. 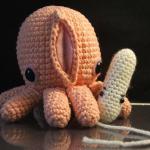