Here’s the feminist news we’ve got on our radar right now:

• In a recent interview with Katie Couric, Laverne Cox and Carmen Carrera used invasive questions about their bodies as an opportunity to explain to Couric and the audience how focusing on the bodies of transwomen distracts from discussion about their lived experiences of oppression and discrimination. [Autostraddle]

• Amiri Baraka, the writer and poet who did critical work related to the civil rights movement, died yesterday at the age of 79. [Colorlines]

• A new study of attitudes about women’s dress among people in Muslim-majority countries serves to reinforce the idea that women’s empowerment, and people’s opinions about their empowerment, can be reduced to a head covering or lack thereof. [PolicyMic]

• Jessica Williams, who is The Daily Show’s first black female correspondent, discusses race, comedy, and roles for women in television in an interview with Mother Jones. [Mother Jones]

• Dean Spade and Reina Gossett have made a series of videos in which they discuss prison abolition activism and its intersection with trans activism and support. [Feministing]

Let us know what we missed in the comments! 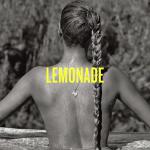 by Amy Lam
When bell hooks writes—we read it—especially if it's about capitalism, art, race, and gender.