On Our Radar: Intersections of Race and Feminism, Body Image, and the next Beyonc | Bitch Media

On Our Radar: Intersections of Race and Feminism, Body Image, and the next Beyonc

This has been another week! Here’s what we’ve been reading.

What have you been reading, musing, raging, or raving about? Share your thoughts in the comments!

Next time you want to call me a prude and question how I could POSSIBLY be sexual enough to arose my husband, I'd like you to take a deep breath and walk away. That is, if you don't want me and my hordes of friends bringing out the cans of whoop ass we usually reserve for more obviously anti-feminist media moguls. The fact is, by devaluing me as a woman within a marriage, you devalued all women in or out of marriage. Is rape just a concept that colleges have to 'deal with' in 'unambiguous' terms or is it an actual, violent part of society as a whole? How could you possibly argue that the institutions of high ed give more protection to women than the institution of marriage which is, in fact, governed by state legislature.

Who are you to tell me when I'm being violated or not? Validate me, Pru! Validate my discomfort and confusion, don't put me down because my life feels a little more complicated than the Barbie Dream House led me to believe it was supposed to be.

Anyone else a little disturbed by the comments in the S.E Smith article or do you think they're right?
I've never read any of her other articles so I can't really determine for myself whether she "makes everything about herself". But I agree with the points she was trying to make about how our society stereotypes and categorizes the perpetrators of incidents such as the one in Aurora based on their race/religion; how people with mental illnesses are mistreated and frequently put in the same category as these people who commit such acts of senseless violence; the lack of care and attention for people with mental illnessess (especially the more serious cases) and all too often don't receive; and how nothing's being done to prevent these situations from happening.
Did I misunderstand the article myself? Is it "too soon" to be talking about these things? I'm really not sure what to think.

Those are interesting questions to ask, for sure (although many of the commenters are asking them in a rude and trollish manner). I understood s.e.'s point to be that we should refrain from throwing around labels like "crazy" and "nuts" to describe the shooter in Aurora, and since the story was all over the news it didn't strike me as too soon.

I'm currently wading through the comments myself, and I really really think that se smith and xojane posted this way too soon. Tying it into religion and race? Please. Ou was stretching far with that. And for ou to say that Timothy McVeigh isn't labeled as a domestic terrorist is simply false. Same with the abortion clinic bombers, and any other Americans who commit those types of domestic violence. I've never heard anyone refer to them as mentally ill, I've always always always heard them being referred to as domestic terrorists, same with groups like PETA. In fact I have many pro-life friends who are upset with being associated with people who are referred to as domestic terrorists. Plus, there's the, you know, don't speak for people of color and Muslims and how they feel. let them speak for themselves.

I think everyone (myself included), feels like ou made it about ou's self by talking about ou's mental illness and how ou is lumped in with people like James Holmes when he's labeled as crazy or mentally ill. That's not the case, and it's neither the time nor the place to talk about stuff like that. I understand ou's concerns, I really do, but the timing of this article is very inappropriate.

What should be talked about? Well, nothing except for sympathy for the victims and their families, the wounded, and healing for the city, and the justice system and wanting and having faith in said justice system that he does have a fair trial and is convicted of his crimes. I know how difficult it must be to be in that position, of having a mental illness, and then something like this happens, when someone who is clearly not of sound mind commits such an atrocious and senseless act, but to write an article the morning that it happens is in very poor taste. Write about the tragedy of the event, and leave yourself out of it.

Relevant: Who’s Hurt By the Supreme Court Deadlocking on Immigration? Millions of Families. 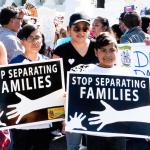