Happy Friday, folks! Here’s what’s on our radar this morning.

• The talk of feminist Twitter since Wednesday morning has been this cover story from The Nation on “Feminism’s Toxic Twitter Wars.” Read it, and be sure to follow up with the astute critiques already published at Prison Culture and by Yasmin Nair. Stay tuned for our take, coming soon. [The Nation, Prison Culture, Yasmin Nair]

• Pro-Life Waco is organizing a “CookieCott” against the Girl Scouts, who recently endorsed prochoice candidates Wendy Davis and Kathleen Sebelius. Good luck with that. I mean, even people who would deny a woman her right to bodily autonomy cannot deny the deliciousness of Samoas and Thin Mints. [CookieCott 2014]

• Sideline reporter and perennial hate target Erin Andrews is reporting for the first time this weekend from the Super Bowl. In preparation, Gwen Knapp takes on the question of why Andrews is such a lightning rod for sexism. [Slate]

• In other Super Bowl news: One of the longstanding bits of conventional wisdom about the Big Game is that it’s a hotbed of human sex trafficking. At Sports on Earth, Susan Elizabeth Shepard looks at whether accusation stands up to scrutiny. [Sports on Earth]

• “I’m Black. I’m a Guy. And I’m Obsessed with Figure Skating.” Robert Samuels, who will be blogging about figure skating for the Washington Post during the upcoming Sochi Olympics, introduces himself. Consider yourself bookmarked, sir. [The Washington Post]

• Amid Texas’s abortion-access restrictions, one tenacious provider has discovered a workaround: Refer to himself as a “miscarriage management” consultant. But can his reinvention stand up to ever-more punitive laws? [The New Republic] That’s all for today! As always, let us know what you’re reading in the comments… 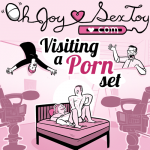