We’re starting off the week with a big conversation about rape culture. Here’s all the feminist news on our radar today.

• The Steubenville rape trial finally ended in a guilty verdict yesterday— CNN screwed up reporting on the verdict big time, spelling out how the guilty verdict would hurt the lives of the rapists and neglecting coverage of the rape surivor herself. [Jezebel, Women Under Siege]

• The guilty verdict is a good, major step—but as Maya Dusenberry points out, rapists are created, not born, and the culture that allows rapists to continue being created is alive and well. [Feministing]

• We get that people shouldn’t be drinking underage, like in the Steubenville case, but that in no way exuses rape. [Mommyish]

• Another rape case is just getting underway: In India, five men have been arrested for a gang rape of a Swiss tourist. [TIME]

• Black lawmakers are demanding an end to the prison-to-deportation pipeline. [Colorlines]

• Conservative convention CPAC is still underway—what’s the gender balance like there? [Guardian]

What did I miss? Add it to the comments.

None of these appear to have hyperlinks? 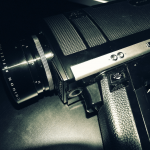