Here’s all the news on our radar today.

• First of all, tell Governor Rick Perry that he’s full of bad ideas.

• With the Supreme Court ruling that DOMA is unconstitutional, binational same-sex couples will no longer be excluded from immigration benefits based on marital status. [Colorlines] • A Tumblr has been made in recognition of Ruth Bader Ginsburg’s awesomness—The Notorious R.B.G. (which includes the comic at right) [Notorious R.B.G.]

• Speaking of abortion restrictions, here’s a report on what the huge turnout of protesters to support Wendy Davis in Texas says about the future of the state: “They were the Texans that national observers rarely see—and they are helping to plant the seeds of a progressive revival in the state.” [American Prospect]

• What does “cooling-off period” mean? Natasha Vargas-Cooper explains the language of abortion restrictions and how it negatively affects women. [Buzzfeed]

• “Let Her Play!” Seventh-grade Maddy Baxter was kicked off her school’s football team because she is a girl. Apparently, school officials told Maddy’s mother that she can’t play on the boys’ team because they might have impure thoughts. Support her cause via her facebook page. [Yahoo]

• What is queerbaiting, and how can we fix it in television? [Autostraddle]

• The People’s Record reports on the “invisible American workforce: prisoners.” American inmates are paid almost nothing to make a wide variety of products—from chicken to college dorm furniture. [People’s Record]

Add what you’re reading to the comments below! 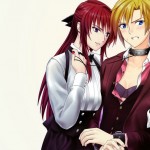