Good morning, folks! Here’s all the feminist and feminist-adjacent news on our radar this fine morning.

• Who says online activism doesn’t get results? Reebok has dropped Rick Ross as a spokesperson in the wake of his rapey lyrical outing on the track “U.O.E.N.O.” The company’s statement reads, in part, “While we do not believe that Rick Ross condones sexual assault, we are very disappointed he has yet to display an understanding of the seriousness of this issue or an appropriate level of remorse.” [TMZ]

• With the capital murder trial of former abortion provider Kermit Gosnell now underway in Philadelphia, Women’s Law Project looks at how Pennsylvania’s longstanding attitudes toward legal abortion made it possible for Gosnell’s crimes to go unreported for so long. [Women’s Law Project]

• In a rare move for the fashion industry, the summer lookbook for U.K. high-street clothier Debenhams features models who are plus-size, older than 40, of different races, and, in one case, a Paralympian. Hopefully, this won’t be a one-off move. [Refinery29]

• Now that the likes of Beyoncé and Nicki Minaj have embraced it, has the word “ratchet” become a compliment? Insert side-eye here. [The Cut]

• If all you know about children’s singer Raffi is that he’s responsible for that infernal “Baby Beluga” song, time to get reacquainted: In the wake of Canadian teen Rehtaeh Parsons’s suicide, he’s using Twitter to speak out against rape culture and bullying. [ThinkProgress]

• Pro-choice fans of Edensoy milk, better start looking for an alternative: Eden Foods founder and CEO Michael Potter is trying to impose his sex-is-for-babies beliefs on the company’s employees, suing the Obama administration to protest its mandate to cover contraception for workers. [Salon]

• Connie Britton will play the love interest of Girls’ Adam Driver in the ensemble film This Is Where I Leave You, a flip of the typical May-December romance setup that definitely counts as exciting and mold-busting Hollywood news. Also in the film: Tina Fey, Jason Bateman, and Jane Fonda. Stoke your anticipation with the book, which is awesome.

As ever, share your own fave reads from this week in the comments!

I'm a Canadian east coaster and I wrote on Rehtaeh Parsons and how what happened is being subsumed into the bullying narrative, when it really needs to be located within a violence against women and girls framework: http://www.shamelessmag.com/blog/2013/04/on-calling-things-by-name-rape-....

Relevant: Nine Times When TV and Film Characters Got an Abortion—And Their Friends Supported Them 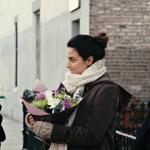 by Gretchen Sisson
It's rare to see honest depictions of abortions onscreen.