Good morning! Ready to start your weekend off right with a big bowl of healthy links from around the web?

• Tyler Perry’s new movie, Temptation, looks to be a moralizing mess. But it’s also dangerously cavalier about rape, according to Carolyn Edgar, who posits that the movie’s larger message about “fallen” women getting what they deserve makes it even trickier to discuss the issue. [Carolyn Edgar]

• Earlier this week, Dallas Mavericks owner Mark Cuban caused a stir in the sports press by saying he’s interested in drafting Brittney Griner, the star player for Baylor University’s women’s basketball team. But is it simply a “publicity stunt” on Cuban’s part? Would drafting a woman into the NBA be terrible for women’s basketball? Everybody’s got an opinion. [ESPN, ThinkProgress, Business Insider

• Elsewhere in basketball news, Rutgers men’s basketball coach Mike Rice was fired this week after video surfaced of him physically and verbally abusing players during practice. At Autostraddle, a Rutgers alumna considers why Rice’s apparently longstanding habit of using antigay slurs to bully (or, as he thought of it, “motivate”) players was hush-hush for so long. [Autostraddle]

• In all the recent discussion about women leaning in and having it all, where’s the discussion about what men can do? A paid paternity-leave quota in Quebec could be changing both how typically gendered work is valued as it allows mothers more freedom to continue working post-childbirth. [New York Times]

• It’s Steubenville all over again: In the town of Torrington, Connecticut, two high-school football players have been charged with the rape of two 13-year-old girls—and the girls are on the receiving end of bullying and vitriol. [New York Times]

• Nevada assemplywoman Lucy Flores testified this week about the consequences of inadequate sex education, noting that her sister all gave birth as teenagers, and that she herself opted for an abortion. Cue the death threats, since as we all know, that’s the pro-life way to do it! [ThinkProgress]

• If you’re a Walking Dead fan who’s been frustrated with how the show portrays women, well, get ready to be a little more frustrated: The comic series’ author is on record as believing that women are weaker than men. “That’s science.” [Village Voice]

• Yesterday we lost Roger Ebert, a film critic who was so much more than just that. The Daily Beast rounds up some of his best reviews—as well as his most awesome burns. (Lookin’ at you, Vinccent Gallo.) [Daily Beast]

As ever, let us know what you’re reading in the comments! 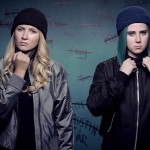