Good morning! Here’s all the feminist news and views on our radar today…

• On Wednesday, Republican senator Lisa Murkowski became the third GOP Senate member to endorse gay marriage. Since then, the silence from conservative media corners has been deafening. [Business Insider]

• Mother Jones has a comprehensive rundown of the bad science and myths regularly trotted out by antichoice politicians when discussing abortion — for instance, that rape victims never get pregnanct and that abortions lead to PTSD, drug addiction, and more horrors. [Mother Jones]

• All those studies that are used to send women into a panic about their declining fertility? Turns out they may have been a bit overblown. I know, you’re shocked. [The Atlantic]

• YA fiction author says novels for young people need to contain realistic sex scenes to counter the influence of pornogrpahy. [The Gloss]

• Robin Thicke’s new track, “Blurred Lines,” is essentially an ode to rape culture and apologism, and his statement that he wanted a “Terry Richardson kind of video” to go with it does not help matters. [Shakesville]

• Elsewhere in pop-music problems: Can we please, please stop arguing over whether Taylor Swift is a feminist? Seriously. [Flavorwire]

• Is there such a thing as a “good feminist” or a “bad feminist”? Marianne Kirby doesn’t think so, and she’s sick of the casual way such a binary is assumed and discussed. [xoJane] 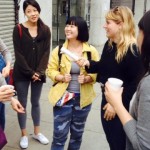