Shobhaa Dé came to the Indian publishing scene in the late-1980s like a South Asian Jackie Collins and has been credited with paving the way for a new generation of female Indian writers who represent a subsection of modern India that doesn’t receive enough international attention: the über elite. Dé’s cheeky, Bollywood-inspired chick lit novels feature storylines set in Mumbai’s high society that have captivated the imaginations of the country’s newly emerging and rapidly growing middle class—male and female alike—who fantasize about being able to live like their favorite Hindi film stars. Fifteen bestselling books later, Penguin India recently announced a new addition to its roster that will start making its way into bookstores next year: Shobhaa Dé Books.

The first imprint in India intended solely for commercial publishing, Shobhaa Dé Books will focus on celebrity memoirs, guidebooks, biographies of famous figures in cinema and business, and cutting-edge mass-market fiction. The iconic Dé is seen by many as an innovative authority on Indian popular culture and all things glamorously desi. This self-branding as a pioneering rebel will no doubt be represented in what is to come on Dé’s imprint.

However, I have doubts about how gamechanging this new imprint will be, as Dé’s form of rebellion is based in shallow, individualist consumerism rather than a progressive ideology with a goal of widespread social change. Positioned by Penguin CEO John Makinson as a revolutionary woman of courage, a compliment to which there is some truth, Dé is not universally believed to be a feminist heroine.

“Dé’s books are pretty regressive, the few I’ve read at least, and I find them to objectify women with as much enthusiasm as the K serials,” Sunayana Roy informs me. “Perhaps she was a rebel in the 1990s because nobody else wrote like that, but to my generation she’s become passé. I don’t find her to have anything new or interesting to tell me.”

When I asked my friend Rimi what she thought of the new imprint, her swift response was biting, “The problem with ‘bold new vistas’ like Shobhaa Dé Books is the mass importation of comfortable, palliative blinkers for middle class, largely English-speaking Indian consumers who are, thanks to electronic networking, easily roped in into substituting escalating consumerism for emotional satisfaction, that elusive thing we call ‘happiness’.” This is a critique many American feminists can relate to, and brings to mind the unending debates around whether shows like Sex and the City are empowering–and if so, to whom and at whose expense? Rimi went on to illuminate yet another well-taken point against the construction of an individualist feminism with roots in privileged elitism: “It’s a great disservice to feminism and to South Asian women–who exist within a different power structure and have different parameters of ‘self-esteem’ and ‘empowerment’–to formulate ‘feminism’ exclusively in terms of market-based consumerism, sexual license, and the sort of ‘power’ that one derives from these things. And while we are on the topic, let us not forget that the most prominent and powerful female-led social movements in India (Chipko, Naramada Bachao, et al) have been led by those women who we have been trained to think of as the most disenfranchised and disempowered. So the irony of focusing the onus of ‘feminism’ exclusively on the middle class upwards shouldn’t, if we have a conscience, be lost on us.”

First of all, holla! Second, with so many amazing South Asian writers out there, one need not waste time reading drivel that reinforces classism. However, if you do choose to indulge in a little mindless entertainment (hey, we all do it from time to time), just be sure to engage critically.

Ugh. I hate hearing that "SATC"-type feminism (based on individualism and consumerism) is spreading around the globe. I totally agree with you Mandy, reading books for escapist fun is great, but it must be done through a critical lens.

Now I just wonder how feminists in Morocco feel about the SATC 2 movie (http://en.wikipedia.org/wiki/Sex_and_the_City_2) being shot on location there... 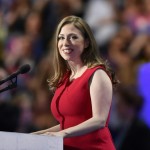