Open Thread: Shooting in Pennsylvania a Crime Against Women

image via The Guardian

Earlier this week in Bridgeville, PA, a 48-year old man opened fire on a fitness class and shot 12 women, killing three. As more information becomes available, it is clear that the shooter, George Sodini was motivated by a hatred of women (watch a video describing his diary entries here, and the full text of his blog is available here – view/read with caution).

As coverage of this horrendous woman-hating event unfolds, it is important to continue to focus on the misogynist nature of Sodini’s actions. This was a hate crime against women, and should be labeled as such. More coverage of the sexist nature of the shooting and the ways in which we as feminists can begin to process it (and encourage the media to do the same), as well as some historical context for gendered hate crimes, can be found by visiting the following links:

This shooting (one of the many violent crimes targeting women over the past several years) is a tragedy, but also an opportunity for issues of misogyny and violence to be addressed in the media. How do you feel about the coverage of this event so far? Is the gender-based nature of Sodini’s actions being properly highlighted? What are you hoping to see from the media in terms of future coverage? Please share your thoughts in the comments section, and continue to do so as more information is released.

Horrible. It seems to me that at the early stages of coverage, questions of intent have to be speculation only. It does seem that the coverage is honest in talking about his misogyny. Perhaps, as you mentioned, they could speak further about the issue in general and offer resources for people who believe there is someone they know who has the potential to commit such acts based on hatred of women as well.

Although it is every person's responsibility not to let sexist comments (toward either sex) slide without standing up to them, it's important to remember that society alone can't stem the violent tendencies of the paranoid and otherwise mentally ill. it is impossible to direct the expression of any diseased mind. The best any of us can do is to help along any kind of mental health legislation that can help identify and treat those twisted souls who would otherwise do harm.

I'm annoyed by all the "they did something horrible, they must have been crazy" stuff. Doing horrible things is not a clinical definition of mental illness, and the idea that mentally ill people are gonna kill you more than normal people is offensive to those who suffer from such illnesses.
My mother has had problems with paranoia. This did not mean that she was going to violently attack anyone.
This guy had problems with being a decent human being. Its a problem a lot of people seem to have. They are more likely to hurt you.

While I don't deny you your rights to try and express your feminist point of view you should, as journalists also remain impartial. seems to me that you are banner-waving the misogynist thing over the tragic death of three women, let me explain as briefly as I may.
Clearly the guy was driven suicidal by a mixture of religion, loneliness and lust. the first point is the fault of the church and is only a catalyst for the real reasons, the other two are a fault of society and the relationships between men and women, one that seems to become increasingly prevalent in our 'post-feminist' world (the one that you yourselves attack in other articles.) where 'empowerment' for women basically means wearing a thong, and only the Alpha males get any love or respect from anyone despite being lacking as human beings and nice guys get f*** all.
The murder itself seems to me purely a product of the loneliness side, in George's blog he talks about his murder plans as an 'exit plan' so stands to reason he was more interested in killing himself, In his own twisted way he was actually expressing his desire, not hate. Basically Dying with women around him sharing his life experiences, the way he couldn't live. Pathetic, but that's the truth, trust me I'm an Englishman and I haven't had sex for a while either.. but I have a healthy alchohol and drug habit to keep me 'normal' and cloud my thoughts so nothing to worry about from me.. Any questions?

I read his diary entries, thanks for sharing them. It seemed to me that man was very lonely and had a low self esteem and had been picked on and ignored by the male role models in his life. I get the feeling that if he wouldn't have had the guns he wouldn't have done it. A gun gives you distance from your victim, is easy to get, carry and conceal.
The gun and the shooter need each other to carry out the crime if that is the weapon of choice. Guns are easy to get and an easy way to kill someone. 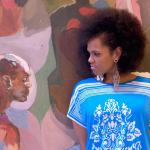 by Victoria Law
Walidah Imarisha's book "Angels With Dirty Faces" is a personal examination of the prison system.