The Long Goodbye: What's Class Got to Do With It? | Bitch Media

The Long Goodbye: What's Class Got to Do With It? 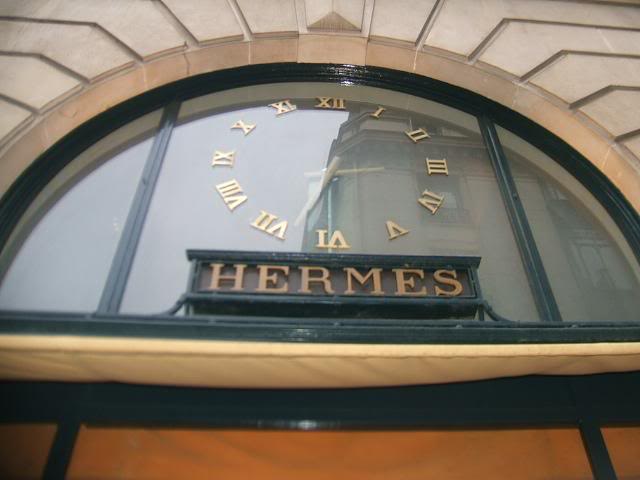 From time to time throughout this series, I will revisit some of Oprah's past moments and the impact they had on pop culture.

Let me set the scene…Paris, June…you're walking with your friends, shopping and enjoying life...across the rue du Faubourg Saint-Honoré you spot Hermes. And you think: this moment would be even better if I had a $4,000 purse to go with it!  Or maybe you'd be perfectly content with a fresh baguette and some fromage…

On June 14, 2005 this much occurred: Oprah arrived with friends at the Paris Hermes store 15 minutes after they closed. The store was preparing for a private public relations event and the guard and clerk on duty refused her group entry. Robin Givhan does a nice job of covering the "event" and how facts—Oprah was not allowed into the store—were mixed with perception and conjecture—Oprah, who was not in full makeup and therefore not recognizable as a celebrity, was not allowed into the store because she's black—much of it fueled by the interwebs but also by Oprah's inner circle.

"People were in the store and they were shopping. Oprah was at the door and she was not allowed into the store," Gayle King, who witnessed the incident, told Entertainment Tonight. "Oprah describes it herself as 'one of the most humiliating moments of her life."'

During that time, a spokeswoman for Harpo Productions also conveyed to The Associated Press Winfrey's plans to discuss her "Crash" moment, as she came to refer to the Hermes incident, during the 2005 season.

This event really appeared to run away from both Oprah and Hermes; it became an amorphous blend of pop culture gossip and the ugly reality of global (as well as local) racism.  Givhan does a nice job unearthing some of the most believable (and a few unbelievable) descriptions of the incident. In the tricky, gossip-y area that Givhan describes, it doesn't seem evident that Oprah or Gayle, or anyone else on her team, acknowledged the reality of Oprah's class position. In other words, we must analyze this important moment in pop culture (even five years later) through a lens that treats the situation as a complicated moment fraught with tensions from several different angles. We will never truly know if Oprah's experience at Hermes deserves the label of her "Crash moment," but we reserve the right to question it based on her class position, race, and, particularly, her status as a global icon.

Whatever this event triggered for Oprah, it became priority number one and her 2005 season premiered with a show almost entirely devoted to the incident, with Hermes represented by Robert Chavez, the American chief executive officer.

"I would like to say we're really sorry," said Chavez. "You did meet up with one very, very rigid staff person."

Given the huge platform she's created, this interview presented an excellent opportunity to discuss issues of class and race in a meaningful way. Ultimately however, her final word was to "shop" at Hermes—a very expensive, exclusive global boutique. Again, Oprah leaves us with a less complicated analysis than what we deserved—particularly as her consuming public that was invited (perhaps dragged) into her personal moment where larger race, class, and gender issues should have been talked about in an intersectional way.  Instead, race, class, and gender—as identities—were shoved into a (designer!) bag and ignored in favor of a shopping spree.

I wondered if you'd write about this and yet couldn't imagine that you wouldn't. Yesssss.

I didn't recall this being a race issue, so obviously I read very specific reports about this. What I read -- or what I remember reading/hearing back then -- was that Oprah wanted to get into a store after it was closed. Celebrity, race, and even class aside, it seemed like a dumb thing to flip out about to me. Because she's famous she should get to shop after hours? Because she's rich? Because it's racist if Hermes doesn't reopen after hours for a Black woman? The whole story just seemed ridiculous, regardless of the motives and reasons for anyone's actions that day. Once again, Oprah's ego and privilege took over where common sense might've been useful, and she managed to make a global incident about a ridiculously exclusive store denying her entry *when they were not even open.*

To me, what this story signifies more than anything is the way celebrity status creates an entitlement complex in which not being able to buy a $6,000 purse at any time of day becomes grounds to call out prejudice of another kind. Maybe the store clerks *would* have let in a white celebrity, or a famous man, but this all seemed especially grotesque coming from a woman who often plays her "I grew up so miserably poor" card. I'll probably be a broken record w/ my comments throughout this series, but Oprah's own classism in action rubs me the wrong way unlike anything else she does.

This story seems absolutely ridiculous to me, especially since I currently work in retail. When the store closes, we don't chase those who are already shopping out of the store; we allow them to finish looking around and make their purchases. However, we do not allow anyone else into the store. No exceptions. Of course there are people who do not like to hear that we will not let them in when they still see other people shopping, but with a short polite explanation there have never been any problems.

The only real grounds I can see for Oprah being upset with her experience is if the person who refused her entry was rude; but there's no need to make such a huge deal about it. Yes, it would be nice to find polite people 100% of the time at the places we shop; but if I'm shopping and someone working there is rude to me I'm not going to start causing a big public commotion and say it must be because they're sexist and hate women.

Exactly, shit. I'm done working, I got places to be. Now get!