"Orphan Black" is the Sci-Fi Thriller I've Been Waiting For. | Bitch Media

“Orphan Black” is the Sci-Fi Thriller I've Been Waiting For. 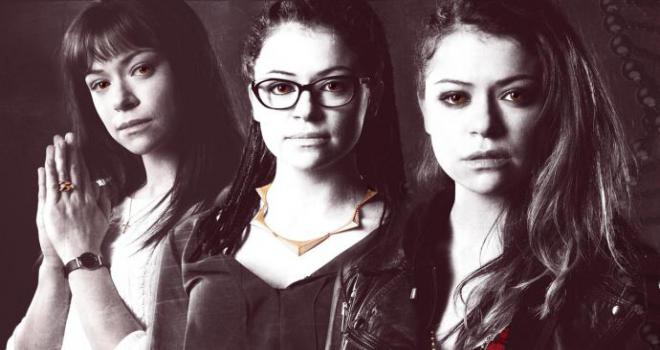 Wouldn’t it be amazing if the most popular sci-fi on television didn’t involve a ton of misogyny? And had real, complex female characters? I’m looking at you, The Walking Dead. You dropped the ball so early in your first season that it rolled down the hill and I forgot you had a ball in the first place.

Enter Orphan Black, the BBC drama starring Canadian actress Tatiana Maslany whose second season premieres April 19. There’s so much exciting going on in Orphan Black that it’s hard to keep track of all its moving parts.

At its core, Orphan Black is a classic sci-fi thriller. But unlike a lot of classic sci-fi, almost all of its primary characters are all women. They’re actually all sort-of the same woman: Maslany plays a series of 10 clones. As the plot tensely unfolds, the show explores the grey area between nature and nurture. Can we control the development of our own personalities or are we just combinations of environmental variables? The choices of women with identical DNA but differing personalities drive the show’s action. Each of the clones, played by Maslany, perceives her world in a specific way, based on her personal backstory and temperament. It feels like a send-up of shows whose female characters are indistinguishable two-dimensional tropes: here are 10 literally identical women, yet the show’s writers and Maslany’s skills as an actress manage to render them each into unique and fascinating characters. The show’s main character, Sarah Manning, strangely subverts the Bechdel test by having constant conversations about life, love, and science with different versions of herself. 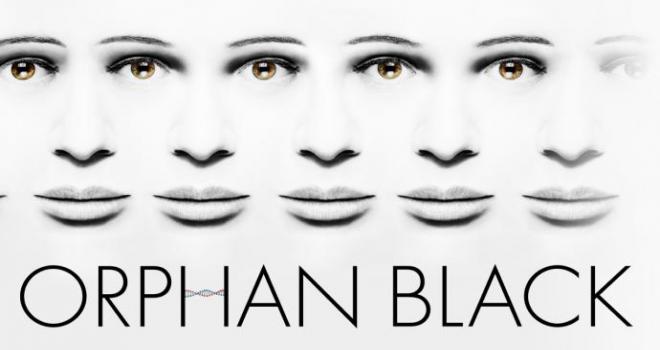 The first season got off to a running start when Sarah was shocked to run into her doppelganger at a train station, then watched helplessly as her double threw herself in front of a train. From this point on, Sarah’s already chaotic life becomes more turbulent as she discovers a black market of illegal cloning. As we learn more about Sarah and her fellow clones, we also meet Sarah’s family, including her young daughter and her foster brother Felix. One of the only male recurring characters in the show, Felix is a queer sex worker—but unlike side-characters on many shows, Felix has a personal life of his own and his character is both detailed and sensitively portrayed. His queer sexuality is complicated, as the show maintains the distinction between the men who employ him as a sex worker, and the men who actually pique his romantic interest.

Also interesting is the show’s treatment of its second queer character (!!) Cosima, a California-raised clone who is now getting a PhD in microbiology. Her dialogue deals mostly with pseudo-science, but the development of her relationship with her girlfriend Delphine is not only integral to the show’s central plot (Delphine was originally assigned to monitor Cosima as a clone but switched teams after falling in love with her), it’s given enough screen time to be nuanced. That’s one of the most refreshing parts of Orphan Black: the show allows its relationships room to grow and become complicated. Characters on the show emphasize the bonds between non-biological family members and between non-sexual adult friends. Further, Orphan Black is a departure from television’s typically objectifying lens, as the camera lingers on the bodies of characters of men and women during and after sex scenes.

As Sarah meets more of her fellow clones, the screen becomes populated with women who feel connected because of their shared origin, as well as women who react violently to discovering the disturbing change in their personal narratives. The clones have rather dramatic personality differences, including conflicting opinions on origin and nature. My favorite clone so far is Helena, the assassin who has been brainwashed to believe she is the original copy. Writers Graeme Manson and John Fawcett effectively use visual cues to portray her as otherworldly and unstable. Several of the clones struggle with mental illness, but Helena’s detachment from reality is the most frightening. In one episode, we watching her cut herself under florescent lights, her thin body heaving as we see the deep scarring she’s left on her own back, like angel wings. It’s a potent image.

Though the show has been widely acclaimed by critics, mainstream American audiences have yet to lock onto it with Downton Abbey-esque mania. Tatiana Maslany was inarguably robbed of an Emmy nomination for her performance as at least numerous different women. A show as experimental and gleefully fun as Orphan Black deserves a wider audience, and feminist sci-fi fans are poised to be the first wave of new supporters.

Watch the trailer for the second season of Orphan Black:

Emily is a writer from New Mexico who lives in Boston. She tweets as @genghis_blonde. 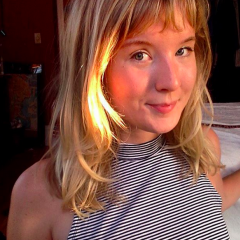 This sounds rad! It looks like the first season streams for free (in the US) with Amazon Prime, FYI.

I'm so proud of this Saskatchewan actress! She's doing an incredible job, I constantly have to remind myself that each character is played by the same woman! On top of it she does such convincing accents, I thought at first she was a British actress. This is also another Canadian show that handles queer characters with grace, I've got to say Canadian tv shows have a knack for well written queer characters even if in many cases they appear I poorly acted or subpar shows. See: Paradise Falls, Lost Girl, The LA Complex

I ended up catching it on DVD after it aired and quickly got addicted. Maslany is truly amazing in her creation of so many distinct, convincing characters. I can't wait for season 2!

My husband and I are totally addicted to this show. It's so refreshing to see a female-driven sci-fi. Tatiana is so talented that for awhile I kept forgetting all the clones are the same actress. The clones have very different and very developed characters that are not just stereotypes. The way they portray Felix and Cosima and their romantic relationships is amazing compared to other shows. They're not played for cheap laughs (although he's had a couple of funny scenes with his lover, it's not specifically because they're gay), or to titillate; their sexuality is perceived as normal and natural, as it should be. All around, it's very well done. I really hope this show will gain a wide enough audience to keep going long past season 2.

This is the only show for which I have voluntarily thrown and attended 'viewing party'. Because it is the most absolute best.

by Sarah Mirk
Three real-life stories of women in spaaaaaace!