Planned Parenthood Turned Down a Fat Donation From Tucker Max, For Good Reason.

Douche du tous les jours Tucker Max is in the news again today, and this time it’s for an attempted publicity stunt involving a $500,000 donation to Planned Parenthood.

According to a recent Forbes post by Max’s manager, Ryan Holiday, the following exchange prompted said stunt (clearly this is a dramatic reenactment, since Holiday and Max both sound like Lifetime movie versions of themselves here):

As an advisor and strategist for big authors and big brands, I find myself solving strange problems. The problem Tucker had come to me (that led to this) was one them:

“Ryan, I have a huge tax burden this year. I can reduce it with a large donation to charity, but I want to promote my new book at the same time. Can you come up with something cool that does both?”

The first thing out of my mouth stunned him—which isn’t easy to do considering the audience.

“What if you gave a bunch of money to Planned Parenthood and they named a clinic after you? They need donors, it’d be awesome and you’d get a ton of positive press out of it for a change.”

Note that the stunt in question involved Planned Parenthood naming a clinic after Max as a publicity stunt. Publicity in that his fans would get a kick out of it, since he has a reputation for having lots of sex with lots of ladies and (presumably) being the reason they might need an STD test or an abortion. Hilarious! Especially considering this tweet of Max’s from last month (which he has now deleted):

Why so mad, Planned Parenthood?

Now Holiday—and plenty of Forbes commenters—are on their high horses, saying that if the folks at Planned Parenthood really cared about helping women, they’d take donations any way they could get them. Holiday and Max are, allegedly, “stunned”:

How could someone trying to give a half million dollars to a women’s health clinic be turned away for being anti-woman?

What they fail to realize (or what I think they do realize but are failing to say) is that Planned Parenthood is not only user-supported, it’s also constantly under attack from those who’d love to see it shut down. Do you think a half a million dollar donation from someone like Max is worth the field day the GOP would have with this story? Not only would PP be further framed as the Big Bad Abortion Provider, it would be doing it with the help of the I Hope They Serve Beer in Hell guy!

If Max and Holiday are so keen on “helping women,” why do they have careers made out of misogyny and “fat girl jokes”? This wasn’t an attempt for Max to give to charity—it was clearly a publicity stunt that misfired, and for good reason. Planned Parenthood can’t afford to take money from people who don’t align with its mission (something we’ve struggled with here at Bitch as well, though so far Tucker Max hasn’t asked us to name anything after him). That Max and Holiday are now trying to turn the tables and shame Planned Parenthood for refusing to participate just proves that they’re the douchebags we always thought they were.

Good for planned parenthood!! Idiots like that need to be put in their place.

I read the Forbes article link that you provided. It pleased me to see that so many of the comments on that article were pro Planned Parenthood and their decision to not take the money.
I think that both of these people (Max and Holiday) are used to getting what they want from the world, and that everything is negotiable when lots of money is involved. They do not see that Planned Parenthood has tremendous pride in their mission statement, and that pride can not be set aside to accept a large donation. Yes, Planned Parenthood builds upon people who make large donations, but the donations come from people who support the mission statement not from people who are just giving weighted hand outs for the sake of tax refunds. Hopefully this PR controversy will teach them to put their money where there mouth is.

In a certain way the publicity stunt did work since I had no idea who this guy was before reading this article. I will not, however, be purchasing any of his books.

DAMNIT. It did work.. I didn't know him either 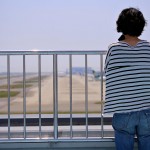