Anyone who’s spent time on a social networking site, watched cable news, or opened their email inbox in the last two months has probably heard about the “GOP’s war on women.” From placing humiliating barriers between women and their reproductive health to erasing domestic violence laws out of the criminal code and denouncing any woman in the workplace or on birth control, the attacks have been constant this primary campaign cycle. I’m happy to return to Bitch’s blog to discuss politics and feminism in the popular cultural sphere, but this go-round I’ll be looking specifically at fictional politicians and policy makers. I’ll be asking about what kinds of stories we find in these narrative portrayals and looking for connections to the continuing commentary about women from elected officials and those seeking office.

If the 24/7 news cycle locates offensive rhetoric and lawmaking against women with specific personalities like Rick Santorum and Rush Limbaugh, can popular culture narratives—which presumably are not about “real people”—offer us any other insight into where these ideas about women and gender arise, and help us understand why they remain so present even after 40 years of women’s “liberation”? Is there any relationship between the increasingly reactionary ideas and tactics taken by ultra-conservatives against women’s interests, and these fictional accounts of women and politics? How do we understand the connection between politics and power, and what is it about women with freedom of choice (over their bodies, their ability to work, their right to vote and hold office) that threatens those dynamics?

In this series, I want to take a look at some repeated narrative arcs from literature, film, and television, including:

We still have not passed the 100-year anniversary of women gaining the right to vote, nor have we seen significant numbers of women holding seats in Congress (women make up 18 percent of members in the House and 17 percent in the Senate). Fictional portrayals of female politicians make up a sizeable portion of our cultural understanding of what this reality looks like. Whereas election campaigns present individual portrayals of women who hold office, these are slanted descriptions for or against a woman politician, and usually limited to a small geographical area like a voting district or a state. I’ve spent time in my previous Political InQueery columns here at Bitch looking at the reductive and sexist depictions of people like Michelle Bachmann, Christine O’Donnell, and Jan Brewer, who did receive national attention. This time around, I’d like to investigate if our conceptions about who they are and what motivates them is reflected in any other cultural narrative about how women may or may not be “fit” for office. And also ask, would Congress and state legislatures be so quick to score points by limiting women’s rights if we conceputalized women’s power—and presence as lawmakers—differently?

I hope you’ll contribute with comments and with suggestions on texts to take up in this series. It’s great to be back!

Looking forward to read the series.

This sounds fantastic, I'm really looking forward to this series! : ) 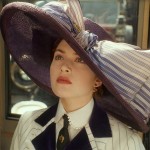