It’s something of an understatement to say that politicians have spent a lot of legislative and stump speech time this year talking about women. More specifically, about women’s personal lives. If anyone thought that we’d hear about jobs and the economy, or the pressing need to roll back “Obamacare,” there may have been some level of surprise when decades-old settled matters like contraception came trotting out onto the national stage instead. Why so much fuss over birth control, which is employed by the majority of women in this country? And how did so many people come to rally around one law student who had her reputation attacked by a man many people already had dismissed and ignored?

I’d like to take a look back at a few political-themed narratives. I’ll say right here that there are spoilers for The Good Wife, The West Wing, and the 2000 movie The Contender.

Let’s start with the current and popular show, The Good Wife. Juliana Margulies plays an attorney who is forced to go back to her law career after her husband, the state’s attorney for Illinois, is discovered cheating on her with a prostitute. Sound familiar? It should be, as the plot was inspired by the Eliot Spitzer, Bill Clinton, and John Edwards affairs. But in less than three seasons, Margulies’s character has gone from innocent victim to a woman with power, a rising associate at a law firm headed by a former law school classmate at Georgetown. (Oh Georgetown Law School, the tangled webs you weave.) No sooner has the fuss over her husband died down than a special prosecutor begins to run amok with an investigation into that classmate, Will Gardner. And because special prosecuter must mean sex-obsessed, the prosecutor begins to focus on his private life, which leads to Margulies’s character, Alicia Florrick. Now instead of a casualty of the war against her husband—which provides her no agency as an individual at all—Florrick is bursting at the seams with her own choices, but they’re unseemly ones.

Is she attempting to climb the career ladder by sleeping with the boss? Isn’t she still married to her husband, who now by the way has found his way back to the state’s attorney office after an appeal curtailed his jail time? The very idea that Alicia and Will have had a relationship is somehow such an enormous threat in the storyline that Will goes to some pains to trick the prosecutor. Rather than have anyone admit to an affair on the record, Will inspires the grand jury not to seek an indictment against him.

The fine lines around the affair get erased: Alicia and her husband are separated. She and Will spend almost as much time talking about their guilt for having the affair as having it. There is discussion of the unequal power dynamics between them, what with him being a named partner and she being a lowly associate litigator. And yet the relationship is dangerous, career ending for either or both of them, but especially Alicia. The message here—admittedly among many other messages—is that only men have sex scandal comebacks. For women—especially professional women, and super especially professional women working in the law—purity is their only option.

In the fifth season of The West Wing, a conservative lion of the Supreme Court passes away, and to scare the Republicans on the Senate, advisors Josh and Toby bring in a bleeding-heart liberal, Judge Lang (played by the incredible Glenn Close) for an interview. Although she realizes she is “window dressing” and not a real potential nominee for the Court, Josh falls in love with her anyway, saying “I love her mind. I love her shoes.” Not only will she not get through the Senate hearings because of her liberal ways, but she’s tied to a deal-breaker: In her younger days, she had an abortion. Nothing could make her chances worse. Not only did she terminate a pregnancy, but she’s not even defensive about it. Now that IS a liberal! While the narrative here doesn’t question her fitness to serve on the bench—she’s clearly more than capable of performing the duties of the job—there is near-total acceptance that this bit of her personal history is impossible to hurdle. And what’s the message there? Again, that women, not men, are held to much higher expectations for virtue, especially if they are interested in the law or government. The Contender presented an America in which the President, played by Jeff Bridges (and who is, by the way, President Obama’s “favorite” fictional President), nominates Laine Hanson (played by Joan Allen) to replace the Vice President who passed away suddenly. But here comes the nasty Senate confirmation hearing chairman again! Only this time the sex scandal involving Hanson is largely fabricated.

No matter, because once more, just the threat of impropriety—in this case, that Hanson attended a sex party in college—is enough to begin derailing her chances at making it through the confirmation hearings. Next, the chairman (Gary Oldman), asserts that Hanson received money for this orgy, making her a bonafide sex worker. Which is just the same as testifying to Congress about contraception, I’m sure, but that’s beside the point. Again we see the narrative mop up the situation by way of behind-the-scenes machinations—the President has dirt on the nominee that the chairman would rather see in the VP office.

Hanson, for her part, refuses to speak about her past because she believes it should not be part of the public record on her candidacy. Noble goal, but it hurts her cause because the other characters presume she’s got something to hide. Even the tagline for the film presents the dilemma: Once accused, there are few options for a woman to defend herself.

One of the first concepts I remember learning about in women’s studies classes is the dichotomy of Madonna/whore. If that slash symbol is the boundary, it also represents the lack of space between the two states—rather than a spectrum with a long middle terrain, women exist as either extreme caricature. This puts men in the position of rescuing women improperly assigned the “whore” label. Make no mistake, it is nearly impossible to reside only in the state of perfection indefinitely, especially when all it takes to cast doubt on one’s Madonna-hood is a single accusation. So one big limitation to the female attorney, justice, or officeholder is that from time to time, she’ll need a man with magic tricks to come to her rescue and save her reputation.

By the way, President Obama called Sandra Fluke last week to thank her for her testimony on Capitol Hill, telling her that her parents should be proud of her. I don’t disagree that Rush Limbaugh’s comments—that she is a “slut” and a “prostitute”—are absurd, and I think the President did need to speak up about the way in which women as a class have been characterized this whole primary season—but I do note that once again, a man has arrived to give his stamp of approval on someone’s womanhood. And so the cycle continues.

Thanks for a very interesting analytical piece! It's ghastly how politicians can distract people from important and even immediate concerns and turn public discourse on the morality of personal choices.

Hi, yup this paragraph is really good and I have learned lot of things from
it concerning blogging. thanks. 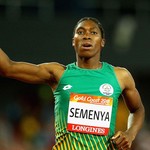