Barack Obama impersonator Reggie Brown (not to be confused with the football player) was yanked by GOP operatives at the Republican Leadership Conference in New Orleans this weekend when he came a bit too close to sensitive topics like Tim Pawlenty’s backbone and the rest of the presidential field. With the grace of a roughly managed Oscar night, the music began and the helpful staff ushered him offstage. Maybe more telling than the sudden end of Brown’s performance, however, was which jokes drew laughs and which a few jeers or silence. Mocking Obama’s mixed race heritage—lots of laughs. Saying Barbara Bush looks like a really old George Washington—boo. My own one liner goes something like: The next best thing to defeating Obama in an election is getting to boot his impersonator off stage! Hey, I’m here all week, folks.

Surely the joke set was reviewed before his performance, right? Someone had to load the slides of Sanford & Son, and Google “Kardashian” to see what that word meant.

In responding to criticism that he was off the mark with many of his potshots (the music and staff materialized when he was picking on Michele Bachmann), Brown said that next time he would stick to watermelon and food stamp jokes. Apparently he also noticed which jabs got the most laughs.

Race, namely Obama’s race, has also been brought up by figures on the progressive left, as criticism of the President’s time in office. Cornell West, in an interview with the blog Truthdig, said:

“I think my dear brother Barack Obama has a certain fear of free black men . . . It’s understandable. As a young brother who grows up in a white context, brilliant African father, he’s always had to fear being a white man with black skin. All he has known culturally is white. He is just as human as I am, but that is his cultural formation.”

Understandably, much of the blogosphere lit up like a string of firecrackers upon this and West’s other interviews about President Obama’s record. What was he criticizing after all, people wanted to know, Obama’s policies or his race? Professor West certainly has a strong critique of the President’s weak record on programs to help the working poor, but once again, comments about race took center stage in the reporting of his criticism. It’s almost as if race comes in as a double-edged sword that both constricts conversation about Obama and his administration, and steals attention away from substantive debate. 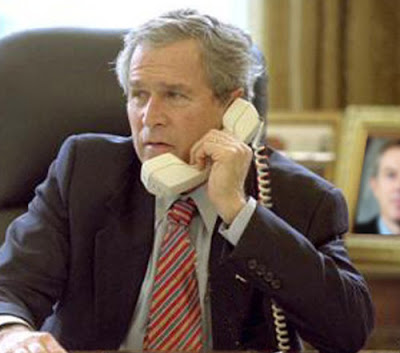 Not that any of Reggie Brown’s presentation counts for substantive, other than maybe the picture of George W. Bush holding the wrong end of a phone to his ear. And no, the audience didn’t laugh at that.

Criticism of Barack Obama has intensified in the last three months, much of it due to the US’s foray into Libya. With the 90-day allowance for foreign military intervention without congressional approval about to expire, the President offered a formal justification on why he believes he does not need a declaration of war. NATO forces, meanwhile, tried another assassination attempt of Gadaffi at the end of last week, presumably in the hopes that the 90-day limit would be a moot subject in the States.

That Guantanamo Bay is still open for operation—Obama and our Senators have said there’s nowhere else to house these men—and that we are still in the ground in Iraq and Afghanistan, not to mention this “un-war” operation in Libya (which just killed 9 innocent civilians) are grounds for a critique of a President who insisted he was dovish with regard to our presence in the Middle East. Where is the debate over his handling of the Israel-Palestine peace talks and the shuffling of his staff who are supposed to be pushing for progress there? Or on the domestic front, where are the discussions regarding Obama’s willingness to compromise with the Republicans on sweeping budget cuts while pretending the biggest problem for the budget are the Bush tax cuts? Why is he allowing conversation about changing Medicare to be handled by the GOP?

Many progressives knew before the 2008 election that Barack Obama was a centrist, not a left-leaner, but with the prospect of McCain and Palin continuing Bush’s legacy for another 4 years, they toned down their objections and the result was that millions of people presumed Obama was as liberal as they come. Three years into his administration many people feel disillusioned, and the question comes to my mind: will we keep trying to avoid talking about these issues in order to win another election? And if so, what are we on the left doing to these issues and what we say is important to us?

Previously: Reinventing the Constitution, Messages and Omissions in the Early Campaign

The photo of Bush with the phone is a photoshop hoax:
<a href="http://www.snopes.com/photos/politics/bushphone.asp">Snopes link</a>

Yes, I should have said that. It's the photo Reggie Bush put up during his "presentation" in New Orleans.

But they just can't take it. I love how it was ok for them to make fun of Obama's race and all things not Republican. The funny thing is, even Obama laughs at himself so what does that say about the GOP?

Either they're too stupid to investigate who they present at their events or they're just racist hypocrites...

Relevant: The Science of Using Yoga to Heal from Trauma 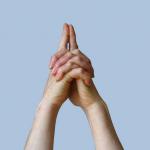 by Mika Doyle
I was skeptical that yoga would help me deal with past trauma. But what I learned changed my life.