Political InQueery: How to Stop People from Voting | Bitch Media

Political InQueery: How to Stop People from Voting

This year, an unprecedented wave of voter suppression bills hit statehouses across the country and garnered very little media attention in response, even as voting rights activists decried the shift. In 27 states, bills that will demand voters show identification, bills that require proof of citizenship, bills that will change processing of provisional ballots, and bills that are aimed directly at students were all introduced or moved through the legislative process. GOP proponents of these bills claimed they were simply protecting elections against fraud. This seems specious at best, given that there are no reports of system-wide fraud at the polls in the 2008 or 2010 elections.

Wisconsin passed its new voting law rescinding the ability of neighbors to vouch for each others’ residency, and requiring an approved identification card be shown at the polls—and perhaps not surprisingly, a University of Wisconsin ID does not count as valid.

Wisconsin’s Governor Walker may have signed his bill last month, but just yesterday, North Carolina Governor Bev Perdue vetoed the bill that came to her desk. After declaring in her veto announcement that the bill as written disenfranchised certain voters, she continued with this:

“There was a time in North Carolina history when the right to vote was enjoyed only by some citizens rather than by all. That time is past, and we should not revisit it. Therefore, I veto this bill.”

While New Mexico and Colorado failed to pass their bills requiring proof of citizenship, similar language was signed into law in Kansas. The Secretary of State, Kris Kobach, who is noted as championing the bill, talked about it as a beacon for voter “security” that other states should follow.

“No other state in the union does as much to secure the integrity of the voting process. If you want the Cadillac of voter security, the Kansas model is the way to go.”

It’s a powerful law, especially given that there have been only seven cases of voter fraud in Kansas in the last five years. Seven. Speaking about the surge of voting “reform” laws, Katie O’Connell, staff attorney for the ACLU, said:

“Claims of election fraud are both misguided and inaccurate and are only a distraction from what is really a coordinated effort to suppress the voting rights of thousands of eligible voters.”

Starting next January, individuals who go to register to vote for the first time will be required to show a birth certificate or US Passport to prove their citizenship, in addition to providing proof of state residency. By the way, fees required for a passport are $165. Have fun registering, folks.

It has not gone unnoticed by civil rights organizations that very specific groups of people are affected by these bills and new laws: student voters, Hispanic immigrants, and working-class African Americans. With early balloting being cut or eliminated, legitimate votes converted into provisional ballots (or, in Wisconsin, maybe not counted at all), and requirements raised to extreme heights just to register, it looks like the Republicans are aiming to shift the voting demographic from the 2008 election, which posted record numbers of well, student voters, Hispanic immigrants, and working class African Americans.

Project Vote has been keeping track of the lawsuits now being introduced against the states who have passed these restrictive laws. Already the ACLU’s Voting Rights Project has been busy bringing suits against Florida and Georgia, and will likely file suit in others.

As for the US Congress, while there has been talk about bringing such “reform” and “voter security” to the Hill, little movement has actually occurred. The Republican chairman of House Subcommittee on Elections, Glenn Harper, did give a nod to the kinds of ideas that have been brought to state legislatures, saying in April that “We simply cannot have an electoral system that allows thousands of non-citizens to violate the law and vote in our elections.”

But even Harper is wary of some of language and effects of the state-side bills and laws, releasing a statement to Talking Points Memo with this:

“I’m a proponent of giving states the flexibility to implement the requirements that best meet their needs, but I am also concerned with the processes certain states are implementing to maintain and verify their voter registration rolls.”

Yes, better to have the disenfranchisement of countless voters occur away from Washington, where it would pick up much more media attention and open up a debate about how to weigh access versus security (a dubious dichotomy at best), or a conversation about why only one party seems so invested in making voting harder. That more than half of the states have looked at some kind of registration or voting restriction reveals that this is a concerted effort to change the electorate for the next presidential election. We can declare that our newly elected state representatives and senators are concerned with the integrity of our voting process, but we probably should all check our state requirements for voting instead. To do that, see the US Election Assistance website.

Previously: SCOTUS, Wal-Mart, and the Limits on the Rule of Law, Criticism & Obamockery

Thanks for posting this-- I would have had no idea otherwise. Very worrisome. I'm reposting it on facebook. Again, thank you.

Why in the heck would ANYONE have a problem with showing proof of identity and citizenship in order to vote?
Gee, it's a basic requirement that one must be a citizen and resident of the district in which he votes, and showing proof is the only way to enforce this while maintaining the anonymity of the individual vote, so what's the darn big deal?

Requiring a passport costs money thateople might not have. Requiring a birth certificate costs money if a person needs to replace that document, since many of them get lost. These are unfair hurdles to voting. Acting like we need to prove our citizenship to vote is to pretend we have an electorate fraud problem, and there is no evidence to support this. Do you really think an undocumented worker is going to waltz into a polling place and try to vote? They won't even go to the ER when they have an urgent medical condition. State legislatures need to work on their fiscal budget problems and stop wasting time trying to jury-rig the voting process.

Hey if folks can afford 32 in tvs, they can afford 5 bucks for a birth certificate. All these laws do is the limit the amount of voter fraud -- that why I oppose them! If you cant vote 2 or 3 times, how do we rig these elections? Tired of beating around the bushes, lets go out and steal these elections for the greater good! 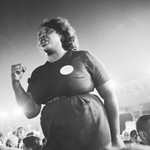