I’ve written a few times on this blog about unfair criticism and downright racist language aimed at President Obama, in part because it’s so prevalent and persistent, and in part because I believe it deflects attention from policy critiques. For a president as centrist as Barack Obama, valid criticism is necessary, especially when middle-of-the-road stances often mean compromise on the Hill. So in the interest of modeling good behavior, I have a critique of the President’s latest capitulation regarding Social Security, as the debate about debt ceilings continues in Washington.

Social Security is a feminist issue. For people who disagree, consider the following from the Center on Budget and Policy Priorities:

So what has been the President’s position on Social Security?

September 20, 2008, running for the White House: “And I’ll protect Social Security, while John McCain wants to privatize it. Without Social Security half of elderly women would be living in poverty – half.”

January 2009, days before his inauguration: “What we have done is kicked this can down the road. We are now at the end of the road and are not in a position to kick it any further. We have to signal seriousness in this by making sure some of the hard decisions are made under my watch, not someone else’s.”

December 2010: The President’s commission on Social Security endorsed cutting benefits, a shift in his stated position that his primary approach to ensuring solvency would be to raise the threshold for payroll taxes.

Currently, incomes are only taxed for the first $107,000. Raising the cap, according to the Economic Policy Institute, would keep the program solvent for the indefinite future.

Because Mr. Obama didn’t consult with people like Nancy Pelosi—who can no longer guarantee that a bill to cut Social Security doesn’t make it to the floor—she and other Democrats had to come out against the news this week that the President is willing to negotiate cuts in the entitlement program as part of getting Republicans to raise the debt ceiling.

The “interesting” thing about the debt ceiling is, if we had no ceiling at all and had never enacted legislation to draw a ceiling, it wouldn’t matter to our creditors how much debt the government acquired.

Further, Social Security’s retirement program contributes absolutely nothing at all to the national debt. Zero. It has added to a surplus since the reforms to the program in 1983, and now sits on about $3.8 trillion. Yes, that money chest will be drawn down as more Baby Boomers retire, but in 2040 it will still be paying out 100 percent of checks owed to retirees. That the President would even offer the idea to conservatives that future recipients could exist on less money is entirely problematic and an erasure of the history of impoverished elderly people in the United States.

President Obama’s health care reform package singled out abortion as not worthy of coverage, out of all of the already covered procedures available to Americans. His budget negotiations last year allowed the GOP to pull back funding for Planned Parenthood. If the President subjects Social Security to broad cuts as a concession for getting an artificial debt ceiling raised, he will have, in essence, thrown women under the bus for the third time in three years.

It’s not surprising that Democrats and progressives have warned him he may face significant turmoil in his reelection campaign if Social Security is weakened. He may be betting that by the time the general campaign rolls around, the electorate will have forgotten this conversation about compromise and entitlement programs.

But some criticism here is due now, before a lessening of benefits or cuts for future recipients takes hold in Congress.

<div class="comment-content">
<p>Love the article. Sounds like the webinar provided some really great dialogue on the positionality of women when it comes to budget cuts. I think that the younger generation of feminists are certainly playing a really important role in reshaping the framework of the movement to reflect a more intersectional approach. However, I don’t think it’s fair to say that feminists have already gone to extreme lengths to include these categories of marginalized folks. I think it kind of trivializes the need to challenge racism, classism, and homophobia in the mainstream movement. I can’t get my mind around the budget cuts (though you did a great job of breaking it down) because I can’t reconcile my idealism with my ever-growing crusty cynicism. If people behaved the way I wanted them to we wouldn’t be having this conversation. But that’s no excuse. I’m going to do what I can to help get the word out and get more women elected.</p>
<p>I don’t want to hijack the conversation away from the really important content you covered. I just felt the need to express my thoughts on that particular comment.</p>
<p>Viktoria from <a href="http://ameriloansearch.com/" target="_blank"><strong>no credit check loans</strong></a>.</p>
</div>

Relevant: Sympathy For The Devil 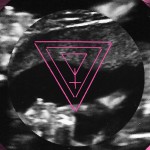 by Dahlia Balcazar
And they're already scoring huge wins.