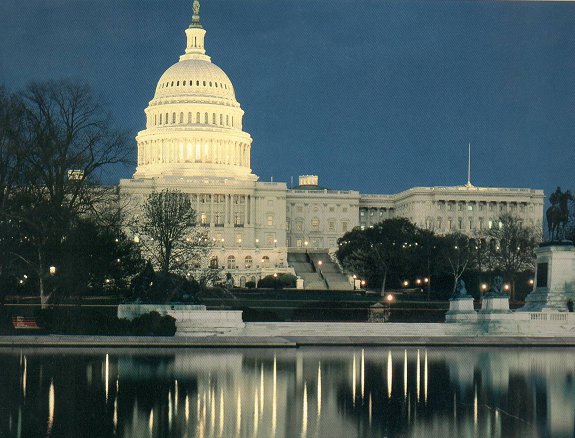 The U.S. presidential election in 2008 generated a turnout of voters not seen since the late 1960s. More than 63 percent of the eligible electorate cast votes for President, amounting to more than 128 million votes. If these 2010 midterm elections follow historical precedent, there will be 10-15 percent fewer voters at the polls than in the presidential election two years ago. That would still bring out more than 100 million people. That there is interest in this election—in which Republicans are looking to take back the Senate and at least make a dent in the Democrats’ hold on the House—is an understatement. There are also gubernatorial elections in 37 states up for grabs next month. At the Federal and State levels, the electoral map could look very different on November 3. But let’s back up for a moment and ask a simple-sounding question: Does any of this matter?

There are many people out there who eschew elections altogether, saying both parties are corrupt, don’t care about their constituents, and that our energy would be much better spent working to tear down the entire system than sustain it. Voting is a distraction from real progress for marginalized groups, a way to assauge ourselves that we’ve done something tangible when none of the material systems in place that harm people have shifted from our individual selections for this or that office. We are justifying the existence of our corner of the global marketplace, the international military structure, the continuance of U.S. dominance over the resources of the world.

I don’t disagree with any of this, although I’ll note that people and theories working to subvert or undermine global capitalism—or the United States government, for that matter—are still informed by dominant ideology. Many theorists refute the concept that there is any “outside” space to occupy, even as they would not cave in fatalistically. In other words, we don’t have to say that progress is impossible just because we are all produced by hegemony. And it benefits us to explore the flip side: because our theories and ideas and subjectivities are products of dominant ideology, we must continually deconstruct our attempts at liberating others and ourselves. I find that one simple way to do this is to ask a question on a regular basis: who is served by X? To give one example of this algebra, let’s take the health care reform debates, in the 2-second moment of when Joe Wilson, Representative from South Carolina, interrupted President Obama’s address to the joint session of Congress, shouting “You lie!”

The President had just said that his health care reform push would not seek to include undocumented workers. And that promise—or anti-promise, by way of exclusion—bore out in the final bill that became law. There is nothing in the law that provides universal care. There is no publicly funded reproductive rights coverage. There is no coverage available for migrant farmers who are invited to work our fields, but because they’re not provided legal access to those same jobs, if someone gets caught in a combine, all the medical costs are on that person. Overall, there was nothing close to actual socialism in the Health Care Affordability and Reconciliation Act of 2010. But in that week after the President’s address, all anyone could talk about was Joe Wilson, who he was, and how we felt about his admonishment. Who was served in all of the talking head exchanges on the major news outlets? Migrant, undocumented farmers?

From a radical left point of view, this health care reform law is next to nothing for change. For middle class Americans younger than 26, this law lets them not worry about paying for insurance, because they can remain on their parents’ plan. For health insurers, this law is at worst a boom shot across the bow, but their business goes on as usual. For people concerned about reproductive rights, this law is troubling in that it may serve to curtail previously covered services for women. But what gets taken up in discussion with regard to this law as far as the midterm elections are concerned?

Whether it’s socialist or not. In ad after ad for congressional races across the country, socialism gets bandied about like a shuttlecock in a gymnasium. It is shorthand for all of the other issues—tactics for improving the economy, who’s to blame for the deficit, abortion rights, civil rights for LGBT people, how to approach immigration—in a way that gets at none of those but that polarizes Americans quickly and effectively. Tea Party coordinators trot out the health care law like it’s exhibit A in the trial of Obama. Democrats inconsistently support it, and then shift conversation to something they think is more stable. Republicans who aren’t Tea Party-affiliated say we should have gone with their plan instead, so they should get a chance now to run Congress again. And who is served, I ask, by talking about socialism in this way?

Elections, for sure, can be framed as keeping all of the fat cats in power, no matter which party affiliation one votes for. It would be idealistic and wrong to insist that one side of the aisle is beatific and the other evil and wretched. But here’s another false dichotomy: that the people working “within” and “outside” the system are at cross-purposes. The Left, that hodge podge of multiple voices, working to eliminate oppression from humanity, needs both camps. I can see that a progressive politic needs to envision completely new models for government and society, but we just as surely require people to understand the government we have, to act as watchdogs, crying foul when it wrongs us, and attempt to shape it and keep it honest. But that can only happen with the prerequisite of participation.

So yes, I am interested in looking at these upcoming elections for several reasons:

Whether we agree with a given President, political party, Washington outsider, form of government, or theory of culture, we are subjects bound by this specific government’s laws, and it behooves us to be aware of how those laws are made, who they effect and how, and what the people who want to be in power do on their way toward achieving that power. I hope we get to unpack at least some of this during this guest series.