Political InQueery: Where Do We Go from Here? | Bitch Media

Political InQueery: Where Do We Go from Here? The 2010 midterm elections are over. Well, for the most part. It may be a while before all of the ballots are sorted out in the Alaska Senate race, and there’s a recount in North Carolina for a House seat, making nine as yet undecided races in that legislative body. And while Washington, DC may be getting prepared to do the staffer’s office shuffle, there is still a lame duck session or two for Congress, a host of court cases coming to the Supreme Court, from which new Justice Kagan will frequently have to recuse herself, and some unfinished business on the Don’t Ask Don’t Tell front, otherwise known as the Clinton legacy that won’t go away. I mean, the other unforgettable legacy of his.

Among the near-future issues that may arise:

Issues that will probably not get taken up in the 61 days of the lame duck Congress:

A final note, since I’m writing about lame duck sessions. Newt Gingrich has been circulating a petition of sorts for people to send to their congressional representatives to “cancel” the lame duck session, or otherwise not vote in any new legislation. But as Slate.com reminds us, Mr. Gingrich himself called together a lame duck session when he was Speaker of the House, in 1998, specifically to vote on articles of impeachment for the President. So I call disingenuous on him.

*The latter two were part of the National Defense Authorization Act, the source of continued Defense Department funding. 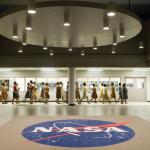