Political InQueery: Where in the World is John Ensign? | Bitch Media

Political InQueery: Where in the World is John Ensign?

Over the past several weeks we've taken a look back into the trusty time machine called the Internet and looked at several politicians who have run afoul of good manners, ethics, the limits of their authority, the law, and whatever else they decided to disregard. Most of them are no longer active politicians. But some folks manage to hold on to their careers (I'm looking at you, Governor Sanford) even after completely assclownish behavior. So is the blip-in-the-cosmos named John Ensign.

The junior senator from Nevada (the same state that gives us Harry Reid), Ensign took office in 2001, just as the rigamarole of Gore vs. Bush was winding down. With a GOP majority in the Senate, Ensign was, even as a junior senator, sitting on some pretty cushy committees: Budget, Finance, Homeland Security. He was reelected in 2006 by a healthy margin, and went on to...

It broke that he'd had an affair with a woman from his campaign organization. Nothing new there. What was newish with this scandal was the cover-up perpetrated by his parents and their hush money—to the tune of $96,000! That's like William Jefferson freezer money! (Don't worry, Jefferson is no longer a congressman, and was convicted of embezzlement, so you all can sleep at night.)

The parents said oh no, no, this wasn't hush money, this was us wanting to help a family we've known a long time who needed help. Dude, I need some help, too. Can I get $25,000?

Things got weirder when, according to the Huffington Post,  Ensign admitted himself to a Christian sexaholics therapy group. This sounds about as promising as those ex-gay Bible studies. Good luck with that, Ensign. Although all of this news seemed to potentially derail his career and hopes for a someday run at the White House, never say never in this brave new political world. Ensign can just ride out the storm until 2012, when this term is over.

Meanwhile, the Department of Justice is looking into whether they'll indict him on ethics charges or not.

When a new Ensign gets assigned to a new cushy post, they never survive to the next promotion.

I had completely forgotten about this one. And I didn't realize it was his PARENTS who paid the hush money. Dang, THIS is why I can't have nice things - I didn't pick rich parents! Do you suppose they'll take the fall for him with the DoJ too?

@Irishup: I'm not sure they'll see any consequences, since it would be hard to prove the money wasn't actually just a gift—as ludicrous as that sounds—and since they weren't under any ethics guidelines, as all persons in Congress are. But yeah, what a gift it is to have parents with boatloads of resources when you decide to be an ass. 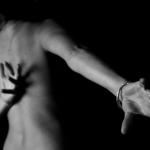