Politically Correct Language Isn't Just About Being Polite—It's About Survival 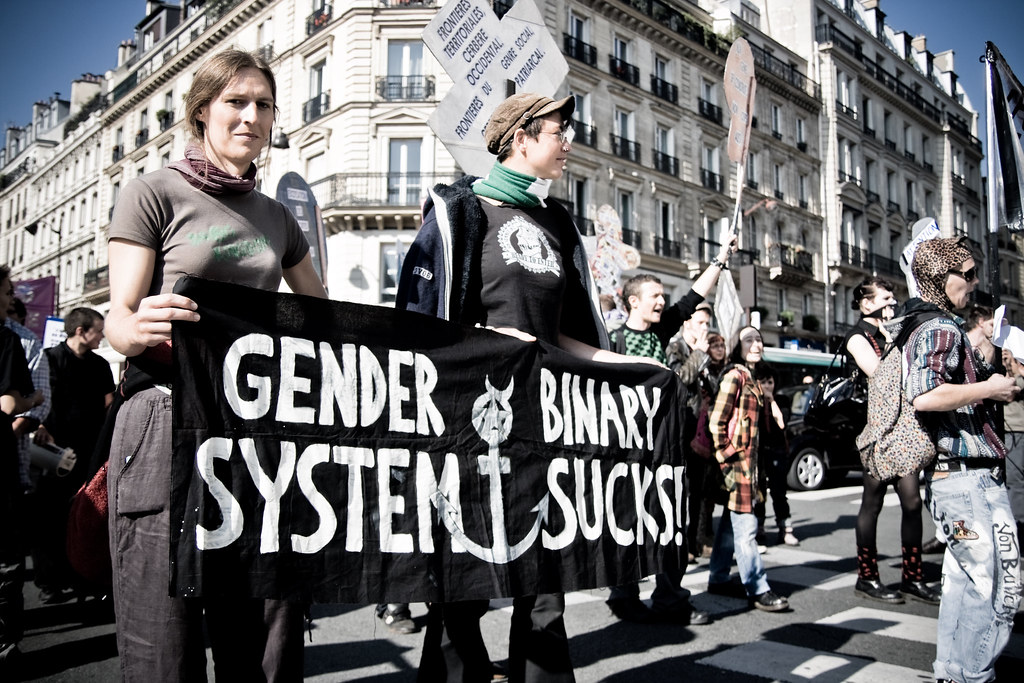 Two weeks ago, Jonathan Chait published the lengthy essay “Not a Very P.C. Thing to Say” in New York magazine. In his piece, Chait attempts to articulate the ways in which moderate liberal thought interacts with what he terms “politically correct leftism,” often to the detriment of liberalism.

Chait clearly stakes a position in favor of liberalism and against what he sees as a strident and censoring trend in activist P.C. culture. Chait's piece seeks to highlight the seeming encroachment of social justice into the realms of journalism and internet culture, and unsurprisingly sparked a raft of responses. The critiques played out in a delightfully meta fashion, and dissected the ways in which Chait's traditional, privileged viewpoints overlooked the broader realities at play in his work. Alex Pareene at Gawker provided a background about Chait, with a focus on his public dialogue on race that played out last year with the Atlantic's Ta-Nehisi Coates, in which Chait is seen to have fared poorly. Salon's Elias Isquith rebuts Chait's assertion that if folks would just let enlightened liberals steer the ship, social justice could proceed in a polite, orderly way. In These Times writer Sady Doyle dissects Chait's ideas, tracing their sources back to previous pieces, and exploring the ways they contradict one another. And at Salon once more, Joan Walsh points out that “it's almost exclusively women of color being called out in (Chait's) piece,” comparing the author, ironically, to a chivalrous knight protecting “white progressive women” from those he sees as attacking them.

If there's so much that's problematic here, is there anything that resonates? Mainly, Chait's portrayal of the anxiety that progressive people often feel about expressing themselves rings true. Repeatedly, he gives examples of writers’ words being misconstrued, leading to ferocious pile-ons in social media. He quotes writers describing the ways in which they sculpt and censor their messages, fretting over the response they'll bring.

In these moments, Chait's essay feels universal. “We're all human, aren't we?” he appears to ask. “Why are we screaming at each other?” It's when he connects these points to his larger thesis—that P.C. activists are like Marxists, seeking to eliminate intellectual freedom—that Chait loses most readers, including me. As Arthur Chu's response in the Daily Beast points out, the internet is not a world where strident leftists shout down thoughtful liberals; it's a world where everybody shouts about everyone else, from every conceivable angle and platform.

It's Chait's longing for some mythical, prelapsarian media landscape, where politeness and “reason” (to employ one of his favorite words) prevailed, that's both seductive and false.

Chait acknowledges his privilege in his essay in stating that he's “white and male,” but does so more as a challenge than as a way of investigating how those factors inform his viewpoint. If one can only see his “demographic information” as he puts it, then political correctness has blinded them to his humanity. He exhorts readers to drop their activist tactics and language and join him in enlightened liberalism, where all views are heard out, and those with the greatest merit advance—as though that's ever been the way justice has progressed.

This all reminds me of the great Louis CK routine about how a white man can time travel to any period of history comfortably, and enjoys such cultural dominance that nothing can be said to hurt his feelings. When Chait discusses microaggressions, trigger warnings, and safety, he does so with a skeptical, academic detachment. When he describes the requirements placed on white males like himself to be an ally under the current conventions of internet discourse, he views them as elaborate, restricting, and somewhat burdensome.

What's missing from his portrait of these matters, are the social conditions underlying what he calls “P.C. culture.” Chait details two instances where attempts to make light of identity resulted in outrage and action. In the first, a conservative college newspaper columnist, Omar Mahmood penned a satirical denunciation of a “white cis-gendered hetero upper-class man,” where Mahmood was fired for refusing to write an apology. In the second, a call for racial and trans awareness in a closed women's journalism group was met with a woman identifying ironically as a “gluten-free WWC”—or “woman without color”—which led to sharp critiques and condemnations of such flippancy.

In each case Chait describes those who subvert P.C. norms as lighthearted, calling Mahmoud's jest “gentle” and saying the “gluten free” woman had been joking. In contrast, he characterizes their critics as rageful and without reason. What he seems to be unable to take into account are the differing stakes in the matter for those whose identities are described by such prefixes. That stakes are high for many of us because of our identities, so it’s hard to see a joke about our race, gender, or sexuality as good fun, rather than as a sharp and unasked for jab in the ribs.

There is no “Cis Day of Remembrance,” for example, as there is for trans people, because hundreds of cisgender people, like Chait, are not murdered every year due to their gender identities. Likewise, there is no “White Lives Matter” movement, as there is for black people, because white people, like Chait and myself, are not murdered at an alarming rate by police officers in the U.S.

Similarly, Chait, as a straight, white, cis male enjoys the luxury of entertaining all points of view on issues in what he describes at one point as the “free political marketplace,” because no issues being currently considered involve his liberties or rights. For a trans person like myself, however, who can be legally fired because of my gender identity in 32 states, political issues leave the realm of polite ideals and enter the realm of survival. Thus, when Chait worries over P.C. culture's potential for restricting free thought, and even democracy, his ideas become laughable. People policing offensive language currently possess a newfound social currency, but in political and legal terms, we continue to work to ensure basic security and are in no position to oppress others in the way that we are oppressed.

My favorite response to Chait's piece comes from Lisa Factora-Borchers at TruthOut, who responded to Chait's assertion that P.C. culture is “exhausting” and will eventually cause allies to feel “worn out,” threatening it's own longevity. She writes:

“Amid a national groundswell of organized national protests, marches, die-ins, fundraisers, and smartly penned articles by activists of color, some white liberal critics are proclaiming a dearth of ‘hope’ in this country, because of hurt feelings and loss of personal high ground. They monitor their own exhaustion levels as a sign of a healthy movement, rather than working to understand that the pain associated with social progress may be a lifelong symptom of earned humility.”

It's easy to relate to Chait's portrait of the internet as a tiresome and inhospitable place. If there's a remedy, though, it's certainly not critiquing and demonizing the voices of those who most urgently need to share their stories. That isn't liberalism; it's oppression.

Women are killed, abused, coerced and oppressed by their gender. That's one of the reasons some of us have a problem with the term cis, it makes a false equivalence between men and women.

"Hundreds of cisgender people, like Chait, are not murdered every year due to their gender identities."

It just seems unfair to lump cis women in with cis men when what we're talking about is male violence against women.

to that dull-witted article that everyone keeps posting on facebook.

Intersex is not a gender. It's a biological state. Male and female are biological identifications.

Woman and man, feminine and masculine are gender.

<blockquote>Likewise, there is no "White Lives Matter" movement, as there is for black people, because white people, like Chait and myself, are not murdered at an alarming rate by police officers in the U.S.</blockquote>

I rather think the phenomena you are observing is more because the lethal issue which predominantly affects white men is understood to also affect other people by white men. For some reason, issues that predominantly, but do not exclusively affect other demographics have come to be seen as issues specific to that demographic. All lives matter, whether lost at the hands of police or lost to suicide. Yet for some reason, suicide walks don't discriminate...

But that's irrelevant. The greatest failing of the censor is that they only succeed in driving a belief underground, not in lowering its frequency. You've been sold snake oil with the PC cause. 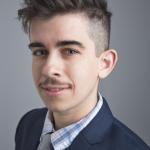