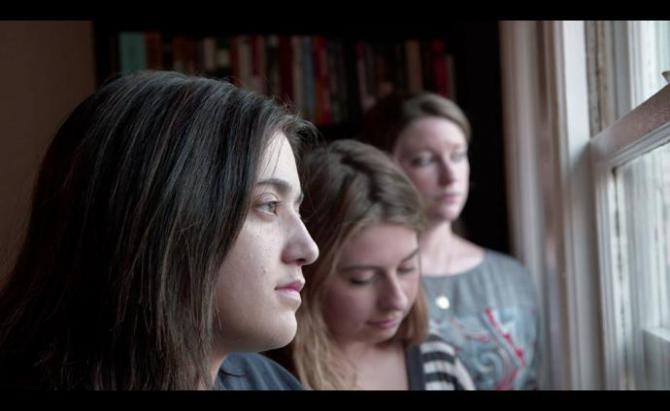 With its harrowing statistics and deeply personal stories from survivors, The Hunting Ground, a new documentary about sexual assault on college campuses, is not an easy film to watch. But it is an important one.

The Hunting Ground opens with a series of Youtube videos where high school seniors react to their college acceptance letters. They scream, cry, hug their parents and friends as “Pomp and Circumstance” plays in the background. For students admitted into their college of choice, the acceptance letter represents years of hard work paying off. That’s how it felt for Andrea Pino, a second-generation Cuban-American profiled in the film, who was accepted to University of North Carolina Chapel Hill in 2010. But her feelings about the campus radically changed during her sophomore year. After another student raped her at a party, the people she turned to for help or consolation—friends, school administrators—could do nothing for her. Worse, they blamed her for what had happened.

Her story is also the story of Annie Clark, another student at UNC Chapel Hill who was sexually assaulted before her freshman year even began. It’s also the story of Kamilah Willingham, a Harvard student whose rapist was readmitted a year after his expulsion. It’s also Erica Kinsman’s story, the Florida State University student who accused star quarterback Jameis Winston of rape and, until the film’s release, has remained anonymous because everyone from school administrators to the police warned her to think twice before pressing charges.

Through these stories, The Hunting Ground builds the argument that universities create a culture of silence around rape wherein students are discouraged from reporting their sexual assault and seeking justice. College is the place where popular culture tells young people they will spend the best years of their lives, but The Hunting Ground suggests a different, disturbing reality: one in which school administrators justify that they stand to lose more financially and reputation-wise by siding with the accuser, especially if the accused happens to be a fraternity member or a student athlete. As several people in the film attest, no college wants to be known as “the one with all the rapists.”

Since schools have been slow to respond to demands to improve their responses to sexual assault, what can be done? The documentary follows Andrea Pino and Annie Clark, the two UNC Chapel-Hill students failed by the school system, as they researched Title IX, the federal law that prohibits sex-based discrimination on college campuses. They filed a complaint with the U.S. Department of Education, arguing among other things that their school’s mishandling of sexual assault cases fosters an unsafe educational environment. When the Department of Education accepted their case, Pino and Clark received emails, phone calls, and Facebook messages from students at other college campuses waging a similar war against their own schools. As they assisted other college groups in drafting complaints, the two women placed circle stickers on a U.S. map to keep track of the reports they received. As of today, approximately 95 colleges are being investigated under Title IX complaints—a map matching the one created by Pino and Clark.

Before The Hunting Ground, producer Amy Ziering and writer/director Kirby Dick investigated sexual assault in the military with the film The Invisible War. Like that film, The Hunting Ground arrives in theaters at a timely moment. Americans are discussing and recognizing the rampant sexual assault present on college campuses in ways we never have before—from the White House to the frat house. The film condemns the U.S. college system’s mishandling of sexual assault, a reality that’s only now coming into focus for Americans who have long dismissed the issue. For example, the film tells us that in 2012, 45 percent of colleges did not report any sexual assaults. Zero. The Hunting Ground explains that anywhere from 16 to 20 percent of undergrads in the United States are assaulted every year—a statistic that runs smack in the face of a montage of school administrators, university presidents, and news anchors reading prepared statements on how their college takes rape reports “very seriously.” The Hunting Ground ends with a grim statement that “if nothing changes, more than 100,000 students will be sexually assaulted in the coming year.”

I’ve read many rape statistics over the years, so while the information in this film doesn’t feel new, it was presented in a way that hit me harder than just a headline. In one of the film’s more haunting moments, former Harvard University Assistant Dean of Student Life Susan Marine says that “sexual violence has always been part of the college experience.” As one of many people who’d been fired, denied tenure, or was forced to quit because their advocacy for student rape survivors attracted the ire of a school’s bigwigs, Marine acknowledges the sad truth that schools have not done enough to ensure the safety of their students. At the very least, this film should be mandatory viewing for anyone in a position of power at a university. 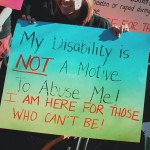