Preacher's Daughter: Women in Country and the Construction of Femininity | Bitch Media

Preacher's Daughter: Women in Country and the Construction of Femininity

There’s a script for women in commercial country music that doesn’t necessarily coincide with more mainstream stereotypes and assumptions about women. If you’ve ever heard Carrie Underwood’s ubiquitous 2007 single, “Before He Cheats” (lyrics), you’ll recognize the tropes.

Of course there are exceptions, but the ideal country woman is often blond (and white), feisty, world-wise, and hot. She is deeply possessive of her man, and aims to squelch competitors for his affection. She gives the appearance of working-class roots even if she didn’t grow up working class, and she’s equally comfortable talking about guns (Miranda Lambert’s “Gunpowder and Lead”), Jesus (Underwood’s “Jesus Take the Wheel”), and heterosexual romantic relationships (Dixie Chicks’ “Cowboy Take Me Away”).

One of the newer variations on these themes is the girl group Pistol Annies (Miranda Lambert, Ashley Monroe, and Angaleena Presley). Check out the first single of their August LP, Hell on Heels (lyrics):

But the ideal country woman was not always thus. What has emerged as stereotype was innovative and fresh when Loretta Lynn began experimenting with these themes in the early 1960s. Her hit, “Don’t Come Home a Drinkin’ (With Lovin’ on Your Mind),” gave audiences a strong woman who could stand up to a rotten man. “You Ain’t Woman Enough (to Take My Man)” introduced conflict with other women over the affections of a man.

At times, she even transcended these themes, as in “Rated X,” an almost proto-feminist anthem that laments the double standards that constrain women’s sexuality. As the song ends, she says in frustration, “No matter what you do, they’re gonna talk about you.” A woman might see divorce as “the key to being loose and free,” but people are only concerned with her past. “Women all look at you like you’re bad,” she croons, and “the men all hope you are/But if you go too far/You’re gonna wear the scar/Of a woman rated X.”

Like the newer country women, Lynn also remained steeped in the traditions of Southern Baptist style revival music. From “What a Friend We Have in Jesus” to Amazing Grace,” she tended to stress a softer side of Baptist spirituality. That is, she abandoned hellfire and brimstone talk and stressed the image of god as friend and helper in times of trouble.

For me, that older music is more interesting than that of Lynn’s many contemporary heirs. The Pistol Annies’ new album is not unpleasant as commercial country goes, but its themes give the listener the impression of a country woman typology—a list of ideals that comprise “women in country,” boxes checked and all neatly in place.

“Lemon Drop” and “Housewife’s Prayer” combine working-class woes, spirituality, and frustration with inept men. The title track, “Hell on Heels” is all about being a country-fried maneater: “I’m hell on heels. Sugar daddy, I’m comin’ for you.” “Boys from the South,” in its turn, asserts the heterosexuality of country music, complete with a romanticized take on said (white-coded) “boys from the South.”

But what happens when an artist cannot really live up to the ideals of the genre? When the Dixie Chicks famously critiqued the Iraq War, they rebelled against the expected allegiance to “God and country.” Though they released another album, they lost their standing as the superstars of women in country.

So did Chely Wright, when she came out as a lesbian. And boy did she try to live up to what was expected, at least in public. Just check out her music video on an earlier single called “Single White Female” (lyrics):

Her single, “Jezebel” (lyrics), is even about the expected competition between women over a man.

Wright’s 2010 release, Lifted off the Ground, was a new kind of record. At a recent protest against an anti-gay constitutional amendment proposed in North Carolina, Wright spoke about how painful the disconnect between public persona and actual self had been. She knew about the genre’s compulsory heterosexuality. Hiding ultimately became so painful that she wound up with a gun pointed at her head. She spoke of the freedom that finally came in reconciling spirituality, sexuality and music.

The new songs are about that struggle and ultimate reconciliation (You can find them all on Spotify). Let me leave you with “Notes to the Coroner” (lyrics) and “Heavenly Days” (lyrics):

Many of the tropes about women in country have stayed the same over the past several decades, and the most successful women in the genre often play into them in spades. But some women, like Wright, are pushing against the stereotypes to write and perform more honest music. Though these women are limited in number and often face career setbacks, women and men in alt country music have been rebelling against the tropes for far longer. I’m excited about unpacking some of these artists in the next post!

I have only one reaction: Loretta Lynn, yay!

I haven't been a huge fan of country music in about 15 years, but I will say that "Taking the Long Way" was, to me, the best album the Dixie Chicks released. It's the only full country album that has made it on to my iPod, and it's never been removed.

Yeah, I'm more or less the same way. I love Americana and roots music, but major label country music recorded in Nashville, not as much.

Great post, Kristin. This was a really interesting read...I don't know a ton about "traditional" country (more of an Alt-country fan, myself), but your post series has been quite enlightening for this newb! I look forward to reading your post on gender and alt-country.

what a refreshing read. direct and succinct. i'm looking forward to maybe a bit more deconstruction of race and class in country music - i feel like a lot of people veer into poor-bashing territory when they give their reasons for disliking the genre.

another example that comes to mind in terms of queering country music would be rae spoon. he's not a very mainstream artist, and is hardly comparable to chely wright, but it is refreshing to see someone queer a heteronormative genre of music.

I honestly like the song "Hell on Heels." Yes its mainstream and essentially it is all about being a gold-digger but you have to admit its come a long way from cheesy songs such as "Single White Female" that portrays women looking for love in a personals ad! "Hell on Heels" is a much sexier, sort of empowering song because there is a role reversal where it is now the country girl doing the heartbreaking and not the stereotypical hunky cowboy. I think slowly but surely stereotypes in mainstream music are evolving to fit society's slow-changing standards.

<p>See, I'm not so sure that this is as groundbreaking as you think. I think Loretta Lynn did this in the '60's, and it was also a big theme in the work of the Dixie Chicks and... Just a lot of commerical country music. I don't hate the song, but I don't see as particularly empowering either. There are a lot of songs with women who do the heartbreaking (This is a big, big recurring theme in many alt country songs penned by men who fall in love with and try to rescue "fallen/bad/addicted" women.).</p>

<p>I will first start and say that i like this song a lot so I am not bashing the song. But I do not like that the women are sending a message that they have power over men but only through being gold diggers. In one line they say that he may have broken her heart but she is still using the credit card. I also showed this song to my younger sister and when the line came on about the only good thing that she got from a man was the diamond ring and I found it so pathetic that my younger sister wished that she could get a diamond ring out of a guy. I also know that this is a song it is only talking about breaking up with people but the song does portray woman as ONLY having the power to break men's hearts and then when they do break the hearts they sometimes advance in life because they either have a credit card or a diamond ring.</p>

I am from New Jersey but I love Country Music! Carrie Underwood is one of my inspirations because she's a woman who stands her ground and won't take any crap from men who cheat. I also think that Carrie Underwood uses a good balance of being 'feisty' and being sweet. I also love the song "Redneck Woman" from Gretchen Wilson because I love when she says "I ain't no high class broad" because it gives another perspective on what the definition of a white woman is because not all white women are high class broads. I like the feminine country music script of being strong and independent women who speak their minds. I also think there are several female country artists who wear tight/ revealing clothing, which, one could argue is a symbol of acting as a male object of satisfaction to sell their albums, even though the artists themselves might enjoy wearing tight/ revealing clothing on their own.

Country music artists seem symbolize more about being independent, free to make their own choices, and women are stronger than men. This is one of the reasons as to why I am such a fan of country music. Given I do listen to the music stylings of Nicki Minaj, Katy Perry, Britney Spears, Lady Gaga, etc, but they symbolism very material things: parties, dancing, and men. That is all that comes to my mind when I hear their names. But when I hear the names like Carrie Underwood, Miranda Lambert, Gretchen Wilson, etc. other things come to my mind. The ideas strong, independent, not afraid to speak their mind come to me. Some more examples: Miranda Lambert with "Gunpowder and Lead." The lyrics "his fist is big, but my guns bigger. He'll find out when I pull the trigger" comes right up. Her song "Baggage Claim" also talks about how she does not want to put up with a man's emotional crap. Then there is Carrie Underwood with "Before He Cheats." Watch the video if you want to see women empowerment. Enough said. Then there is Gretchen Wilson with her song "California Girls.' She takes this song and complete makes fun of a the stereotypical pretty, ditzy girl. These country artists symbolize women empowerment. And even though during awards shows and fashion magazines, they wear skin-tight clothes and what not, but they are singers. Country artists are famous for their music. 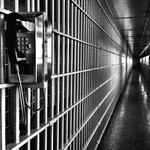