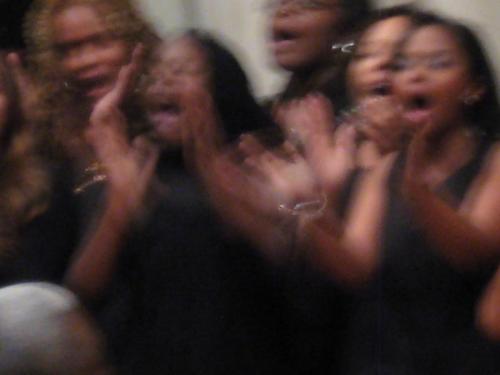 So my friend and I have driven 765 miles from Milwaukee to DC to soak up some history in the making. We're swinging it ticketless-style, attending whatever is free and indiscriminately mixing MLK commemorations, Obama celebrations, and site-seeing.

But today—the Monday before the inauguration—had a strange vibe, as families who had driven from Missouri, Alabama, etc., to ring in an era of desperately needed change wandered the National Mall like party guests arriving before their host was out of the shower. There were the usual school groups (raucousness reigned in by a deliberate reverence) as well as huddles of veterans in camo (eerily close in age to the former). There wasn't that much for them—or us—to do out in this most public of spheres—downtown Washington, DC—other than watch reporters ... report, as lighting crews prepared for tomorrow by securing what they hoped would be the prime vantage point from which to capture the gleam of the Presidential and Vice-Presidential eyes and teeth, respectively. 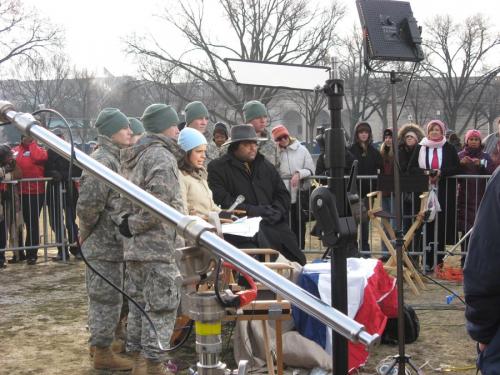 The Lincoln Memorial was fenced off, as crews were still dismantling equipment from yesterday's megapatriotic concert. The White House was cordoned off for the parade tomorrow; you've gotta think someone is in there frantically scrubbing the fridge and the oven, like I always am the night before moving day.

Nonetheless, site-seers seemed to be hitting their stride, including this subset of the Mount St. Mary's Marching Band, an award-winning, 121-girl group based outside of Buffalo, NY: 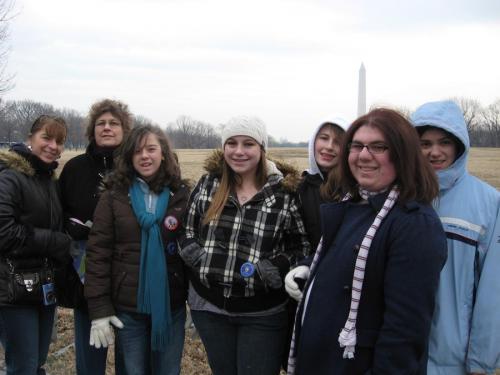 They (shown with their chaperones, left) had played last night at the Hope Ball, which of course honored Obama and Biden, but also raised money for the National Network for Youth. The ball was a Code Blue joint, Code Blue being the nonprofit started by Jermaine Crawford (aka Dukie on "The Wire"). The gals fell silent when asked what they wanted Obama to focus on while in office—they were there to make music, and besides, they're, like, 13—but their moms jumped in and said he needs to fix the economy.

After getting our site-seeing fix we headed up to where the action was, Continuing the Dream of Dr. King, an all-afternoon event at the National Cathedral, the site of Dr. King's final Sunday sermon. As attendees wrote letters to Obama calling for specific policy actions, which event organizers promised to deliver, young performers and speakers proceeded to blow us all away. The headliner was the Urban Nation H.I.P.-H.O.P. Choir (also shown above): 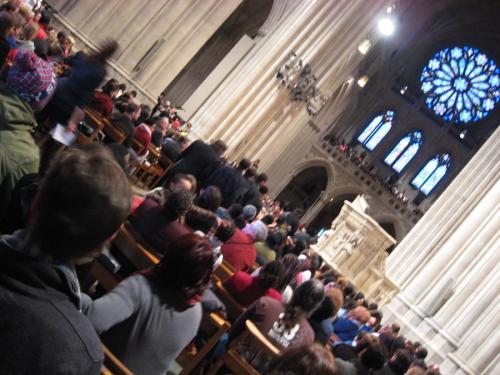 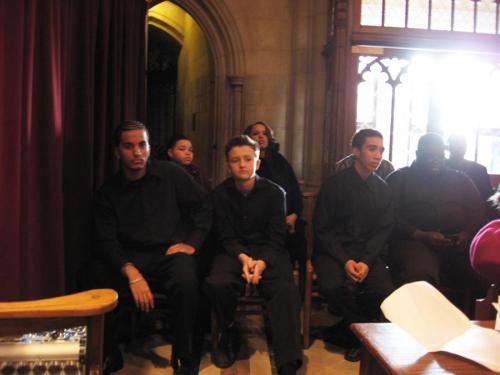 These infectiously expressive and confident young men and women rocked the house with gospel and spiritual classics like "We Shall Overcome" and "Let My People Go" and nodded to the anti-war movement with a haunting version of John Lennon's "Imagine."

I didn't get this young woman's name ... 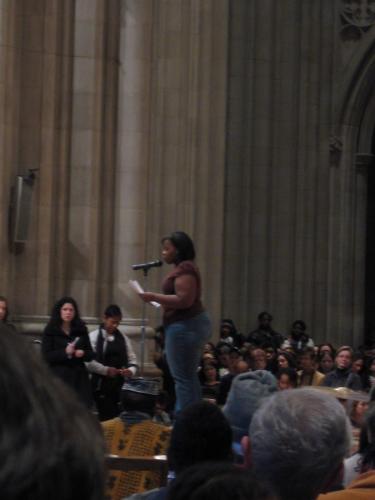 but she was one of several speakers who read their own letters to Obama—hers was written in the voice of Dr. King. Like many, many of the young people speaking out today, she urged our new president to seriously reform the public schools so that they can be places where he and Michelle are happy to send Sasha and Malia. Which brings me to my favorite inauguration banner in downtown DC: 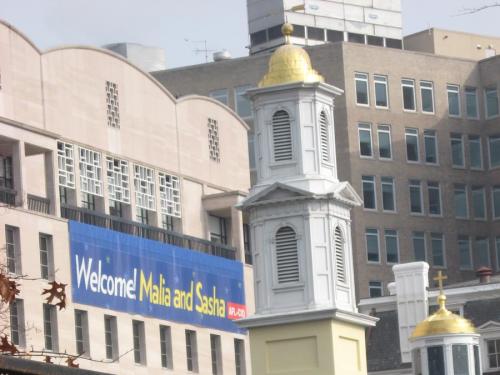 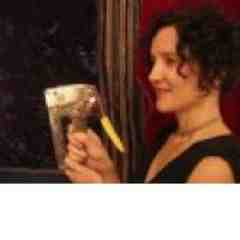 I indeed have hope myself that public schools are reformed so that they are places where any child can attend, regardless of class, race, etc.

Right, that's what the young woman was referring to—that the Obama kids are going to private school, and that their parents feel obligated to send them there is a sad commentary on the public school system.

I had the same thought myself. I think it is very interesting that Malia and Sasha are set to go to private school, because it reflects the low level of confidence that is placed in our public school system. Hopefully Obama will come up with some effective programs that are better than those of Bush!! I also thought that the reason they are attending the public school is because he wants to keep his kids safe. Sadly, there are a lot of people who want Obama dead, and his kids could be an easy target at an overcrowded underfunded public school. 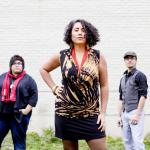 by Sarah Mirk
The song and new video are a call to end mass incarceration.