Prison Reform is for Everybody! | Bitch Media

Prison Reform is for Everybody! 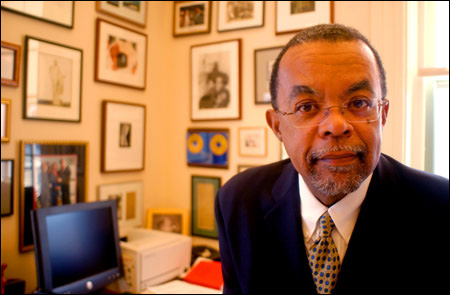 If there’s a silver lining to the bizarre arrest of prominent Harvard scholar Henry Louis Gates, it’s his newly-inspired interest in exploring and exposing the racism that exists in our nation’s prison system. Police arrested Gates this past Thursday after a neighbor saw him trying to push open his jammed front door, assumed (ostensibly because of his skin color) that he was an intruder and reported him accordingly. The event was a reminder of our justice system’s tendency to disappear minorities, which is one of the unfortunate consequences of advanced corporate capitalism that deserves to be examined under a microscope by as many brilliant minds as possible (Angela Davis can’t do it alone, people!)

Gates says that his arrest was a huge eye opener for him, and he has declared his intent to research and film a documentary that deals with racial profiling. He told the Washington Post that the project will ask, “How are people treated when they are arrested? How does the criminal justice system work? How many black and brown men and poor white men are the victims of police officers who are carrying racist thoughts?” I personally can’t wait to see it, but if I could make one small request to Professor Gates, I would ask him to not forget about the women.

The population of women behind bars, perhaps because it is significantly smaller than the male population, is often overlooked by prison reform activists. Still, the similarities and differences between the women and men in our correctional system are too important to ignore if we’re trying to figure out how people end up on a trajectory to prison and how we can change that.

Like their male counterparts, most women in prison are black or Hispanic. According to the Women’s Prison Association, two-thirds are there for non-violent crimes, and two-thirds are also mothers. Unlike male prisoners, whose children are by-and-large being raised by their mothers, female prisoners with children are often single parents who are five times as likely as men to have their children placed into foster care after they go to jail.

In an interview in the Buzz issue of Bitch, prison-reform activist and author Victoria Law talked about the need to reconceptualize resistance in order to understand the struggles that women prisoners face. Resistance, as she points out, doesn’t necessitate an uprising. “Is doing peer education work and advocating for better medical treatment of incarcerated women with HIV/AIDS and Hepatitis C ‘resistance’?” she asks. “Yes, especially when you consider that women entering prison are more likely than both women not in prison and men entering prison to have HIV/AIDS and that prison healthcare is often negligent, sometimes to the point of being fatal.”

Anyone vaguely familiar with our justice system knows the phrase “post-racism” is a joke. Similarly, a little bit of digging shows that feminism also offers an interesting critique of prisons. I have high hopes for the positive impact that Professor Gates’ insight is going bring to a system that is in dire need of restructuring. I just hope he brings the women with him as he moves things forward.

Here’s the website of the Women’s Prison Association:
http://www.wpaonline.org/

Thank you for this article. In a few short paragraphs, you have done something that the learned Dr Gates has failed to do for much, if not all of his life; recognise half of humanity (that isn't a misspelling by the way; I'm from the side of the Atlantic where we spell words correctly). What is it about prominent men in all fields that they 'forget' about women? Perhaps when Gates completes his new pet project, he could turn his attentions to this question!

Relevant: Good White People Can Be Racist, Too 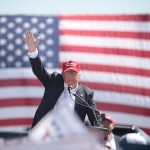 by Vanessa Willoughby
A lesson from Trump's election: progress isn't a straight line. White supremacy thrives not only on anger, but apathy.