Project Runway Season 10: Origami Rose and Disco Turkey on Stage for One Night Only! | Bitch Media

Project Runway Season 10: Origami Rose and Disco Turkey on Stage for One Night Only!

The designers kicked up their heels (and a whole lotta sparkly fabric) during last night’s Rockettes challenge. If only our outfits were shinier…

The challenge: Create a look for the Rockettes. The winning design will be worn by the Rockettes during a performance.

The winner: Christopher and his undying love for himself New York. Of course they’d show Ven being nice for the first time right before he leaves.

Put your back into it.
Is it just Tim Gunn and me, or do these designers need to step up to get their rep up? Challenge after challenge this season, we’ve seen whiny workroom scenes where the contestants are not willing to Make It Work™. Oh no, you aren’t “inspired” enough to make something? You don’t “do” prints/sequins/color/movement/gowns/pants? Tough. Elena is flustered by anything that doesn’t have epaulets. Sonjia can’t get excited about sequins (still love you Baby Girl, but seriously?). Dmitry and Melissa require goth overtones. Ven is getting a LIVE TO PLEAT PLEAT TO LIVE tattoo. Have none of this season’s designers watched this show before? (Of course they have. Why else do you think Gunnar adopted that signature Kristian Siriano hairdo and signature Josh McKinley bitchface? You know “Cute Ass Dress” is secretly nice.) You don’t have the luxury of waiting for inspiration to strike—you have seven hours to make a Rockettes dress out of glitter fabric. GET IT TOGETHER. Swatch did it. Why can’t you?

If it sounds like I’m being too harsh, consider Tim Gunn’s real talk moment from last night’s episode. “Was this a bit of a wakeup call? Look who’s going home,” he told the weeping willows after Ven was auf’d. “This is a scenario I don’t think any of you wrote.” Considering Le Gunn’s tact, restraint, and general good-person-ness, that was his version of the boot camp scene from Full Metal Jacket. Shape up or ship out, designers!

Assorted thoughts: I’m a dyed-in-the-wool Michael Kors supporter, but even haters have to admit he was EN FUEGO last night. I was dying imagining Ven and Sonjia onstage together in their hit variety show Origami Rose and Disco Turkey. Ven would make the most hilariously boring, deadpan drag queen. Imagine his robot voice saying, “Girl you better work.” Lifetime, are you listening?

Next week:
It’s a baby design challenge, but it’s a HEIDI baby design challenge. The stakes will be HEI (get it?) and my money is on, yet again, Sonjia. She faltered with that Disco Turkey turkey, but she can do fun colors and fabrics better than the other contestants. Christopher might be maddeningly talented, but you can’d put a baby in a black shredded evening gown. Debra Messing was fine, but Eden Wood is the obvious guest judge pick for this challenge.

No Business Like Show Business
For all the talk on Project Runway about comfort zones, the one challenge where it’s reliably enjoyable to watch designers get baffled and confuzzled is the “showbiz” challenge. And when I say showbiz, I’m talking any challenge that necessitates the use, in combination, of rhinestones, spandex, and glitter. Think Season 2’s make-a-figure-skating-dress-for-Sasha-Cohen episode, Season 4’s divas-of-the-WWE affair, or Season 5’s dress-a-drag-queen throwdown. These are the times that try a designer’s soul, where taste levels are challenged, lines between “classy” and “tacky” are gossamer-thin, and the question of how much tootie is entirely too much tootie is answered.

Seeing what designers whose styles we’ve come to know did with their Mood money made for engrossing television, that’s for sure. And seeing what designers who, from their blank expressions when his name was dropped, have never heard of Bob Fosse did with dancewear was, in a few cases, comedy gold. (Pro tip, you guys: He invented jazz hands.)

Fabio, for instance. Who else thought Fabio was going to do something minimal but somehow fabulous with silk jersey? No. Apparently, Fabio believes that the Rockettes, in addition to kick lines, spend time on stage reenacting Spartacus, and designed accordingly.

Then there was Sonjia, who as we saw in her audition tape has designed enough short kicky dresses to knock this out of the park just by blinging and zushzing in the right places. Instead, she echoed Santino Rice’s famous Turkeys on Ice costume.

And finally, Elena. Oh, Elena. I just can’t. All it needed was a broken spirit stick and some runny mascara and it would have been an outtake from one of the lesser Bring It On movies.

Dmitry and Ven, on the other hand, delivered exactly what we expected, for better and worse. For the record, I wish Dmitry’s look had won, as it moved about a zillion times better than Christopher’s with none of the gimmickry. Much like it takes an over-the-top drag enthusiast like Chris March to make a female-wrestling outfit look fierce, it apparently takes a former ballroom dancer to make bead fringe look restrained and elegant.

Assorted thoughts:
Did the editing this episode throw anyone else off? As soon as Sonjia started Skyping with her boyfriend, I was sure she was going home, since the other option would normally be a win and there was no way Feathers McBreastplate was getting that. Melissa’s struggle, too, got enough screen time to spell certain doom. Geez, PR editors! When did you start getting so much less predictable?

Next week:
I have no freaking clue what’s going to happen, other than that one of those Tamagotchi babies, probably Elena’s, is going to end up on the Lord & Taylor accessory wall with a stiletto heel as a makeshift pacifier. Why didn’t we see this dance number?

I’m not here to make friends. Or enemies. I just make clothes.
Remember when this season started and the ProjRun word was rife with conflict-inducing possibilities? Gunnar Deatherage (pre-“Cute Ass Dress,” of course) was an egomanical shit-stirrer with an overly constructed hairdo and personality to match. Christopher was his equally evil twin, and the two lookalikes immediately hated each other. We had two dour Eastern Europeans and several self-satisfied under-achievers (looking at you, Lantie & Raul). Two designers left the show due to pressure. And Ven was a boring know-it-all who acted like he was above this whole production (“was!” I made myself LOL). Given all of those clashing ingredients, we were all set up to have a roller coaster season of dysfunction and mayhem! But here we are in week 10, and there’s nary a villain to be found.

Most of the interpersonal drama so far has sparked from two matchups: Gunnar vs. Christopher and Dmitry vs. Elena. However, these were played way more for comedy’s sake than anything else. Isn’t it HILARIOUS that Gunnar hates Christopher but they are EXACTLY alike? Oh, Project Runway. You SLAY me! Both duos eventually made peace and no one ever even made the other cry. What gives, PR? Are you still paying off your mean budget from Joshua McKinley? Obviously Ven will probably go down as the villain of the season, and certainly not wrongfully. To say that dude had abysmal social skills would be an understatement. And while viewers and designers alike were aghast at the things Ven said to his client in the “real people” challenge, little Ven-related drama persisted in the episodes following. The fact that we saw him helping Melissa and bonding with Elena does smack of a loser’s edit, but it seems unlikely that that behavior came out of nowhere. Maybe everyone has gotten along this whole time?

Do I miss seeing the designers shredding each other’s emotions and confidence like Christopher with pleated fabric? No. Designers who will always go down in the cruel category were painful to watch, despite how memorable they were. But do I miss there being a villain? Ehhhh… Project Runway has always been the sort of reality show where it doesn’t need to have constant entertaining “backstage” story lines for me to remain engaged. The actual working has always been compelling enough, especially given how imbued with emotion most designers get with that facet of the show alone. However, with no one throwing punches, it makes me wonder if this is Project Runway maturing or Project Runway getting old? Necessary disclaimer: I am MANY seasons away from tiring of this show!

Assorted thoughts:
While this is not the first Project Runway All-Stars Season Two promo I’ve seen during the commercial breaks, I am nonetheless still completely stumped by who is going to be on it! Which I guess means, good job getting me interested, PR? As much as I would like to see Santino, Korto, Daniel V., and others, Mondo is really the only All Star I need. Project Mondo, please!

Next week:
Babies! Can you imagine Ven saying that his assigned baby just has way too much baby fat? Because I can! Now that I’ve gotten that out of the way, I think there is a clear top 3 and bottom 3 for sure. Top: Fabio, Melissa, and Sonjia. Bottom: Dmitry, Christopher, and Elena. This will come down to who can do playful and who is stuck in their aesthetics. As much of a kiss of death as this would be, I would LOVE to see Elena try to make a tiny structured coat with statement shoulders. Stay tuned!

The Gunn Show: As PR devotees know, this is Tim Gunn’s world and we just live in it. Each week we pick our favorite Gunn moment (tell us yours too!). This week? When Tim told Fabio to “bitch slap that bitch!” of course.

Previously: Want a Piece of Me?; Hardly Art, Hardly Starving

I was explaining reality contest shows to a newbie when Sonjia started talking to her beau and I exclaimed, "oh no! it's the death knell for Sonjia!" Newbie asked why, why? I told her that it was a trope of reality TV that when a contestant started crying when talking to a loved one, that was a sign they'd be cut/auf'd/thrown out that week.

But I forgot the most important trope of all! Reality TV loves to play against expectations! So they sneaked in the tiny sweetness for Ven and then cut his ass.

Meanwhile, I think Dmitri should have won this challenge. Those Rockettes need some movement in their outfits!

Pretty sure it won't be Daniel V because he won the very very first All-Stars competition. Korto was also in that same one-off episode and was so bitter abour losing to Leanne and then losing to Daniel that she's pretty much burned her bridges with PR.

So much to agree with in this article! Dimitry's Rockette costume was the best, because only the first row of a audience is gonna have a clue about Christopher's white skyline! I have a feeling his luck is gonna run out soon with the judges. The ladies seem hit and miss, hopefully they don't blow the baby challenge. Too bad Ven got cut, his aesthetic might work well on an unreal baby!

Just looking at the decoy collection Ven put up at Fashion Week, it was definitely a justified cut. <a href="http://www.tomandlorenzo.com/2012/09/pr-finale-collections-sonjia-ven.ht... looks</a>, all dead center in his comfort zone, complete with PLEATS and ORIGAMI ROSES. Did show one pair of pants, though. 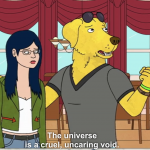