Project Runway Season 10 premiered last night on Lifetime, and with it came our old hosts and judges—we missed you Tim, Heidi, Michael, and Nina!—and a crop of brand new designers. As you may know, several of us are huge PR fans around here, so we’ll be weighing in with some of our thoughts every Friday throughout the season. We hope you’ll join in! Hey PR, it’s your fake birthday, we’re gonna party like it’s your fake birthday…
I know I’m not the only one who did some quick math when Heidi announced that this is Project Runway’s 10th anniversary and realized that she and the show’s other producers have decided to employ a more fluid definition of “anniversary” than the rest of us. What I can’t figure out is how Tim Gunn, a known stickler for accuracy and rightness in all things, agreed to go along with this perversion of chronology. But whatever else this premiere accomplished—introducing the show’s first “radical feminist,” for instance, or defining the word “freegan” for millions—its main job was to underscore how much “Project Runway” is now an established brand. The Times Square hoopla; the mini museum of past Runway stills and head shots that line the Parsons workroom; the self-styled-villain posturing of Gunnar Deatherage (to whom I will be referring using his full name, always, because what a waste otherwise); even Tim himself, noting as he left the critique that “I wouldn’t be me if I didn’t say, ‘Make It Work’!”—all serve as occasion to marvel that a show this steeped in its own history/mythology can still work. Yes, everything about this episode, from the presentation to the personalities to the profusion of guest judges*, was over the top. But you know what? The far, far lesser Fashion Star pulled that crap every week of its run. So if PR wants to be on its own jock for the entirety of this fauxniversary, who am I to protest?

Next-week prediction: It appears that the challenge involves making things out of candy and candy-branded thingamabobs at NYC’s famed Dylan’s Candy Bar, where you can not only buy a wealth of sweets but also hear New Edition’s “Candy Girl” approximately once every 12 minutes. So my money is on Sonjia: She didn’t get much screen time this episode, but if you watched the hourlong “Road to the Runway” special you know that her Mondo-approved aesthetic is “Tracy Reese meets Trina Turk,” and that seems like a natural to translate into candy colors, if not actual candy.

Important addendum: Swatch is back! One day you’re in, and the next day you’re boring me.
With every start of a new Project Runway season, my mind is blown by all the possibilities for consistently interesting designs and designers. Look at this pack! How can they possibly fizzle out? Grow monotonous in their designs? Have their quips turn from amusing to annoying? Regardless of my initial enthusiasm, the honeymoon phase ends quickly and I frequently am disappointed when I recall the potential all the designers held at the beginning of the season. BUT, I’m still in the honeymoon phase RIGHT NOW, so let’s be hopeful for a moment.

What an eclectic group! Tomboy clothing! Not one but two goth-ish designers! And Manic Panic dye and asymmetrical haircuts for everyone! I may easily be misremembering, but I can’t think of a recent season with so many big personalities and statement-y looks amongst the designers. It’s as if the producers are hoping to find a Mondo 2.0 in the crowd (not going to happen!). However, even if the producers were hoping to assemble a real collection of unique little snowflakes, I’m wondering if they intentionally pitched Christopher and Gunner together. Not only did I totally think they were the same person for the first quarter of the episode, but they do not get along! Like, at all! And it’s only the first day! “This is not Project Obnoxious,” guys!

Next-week prediction:
Next week’s challenge is apparently going to be “Candy Couture.” While that seems like a potential grand slam for the kookier designers (I’m looking at you, Buffi and Kooan), I’m putting my money on Andrea Katz. She has already shown that she is both structural and avant-garde in her designs, so as long as she can handle what will likely be a time management nightmare (just imagine all the designers who will inevitably be gluing Sour Patch Kids one-by-one to their gown) she should be gold. It’s a small world after all.
Though Project Runway has been called racist in the past (especially when it comes to the final three), it’s also consistently one of the more diverse reality shows on TV. Never has this felt truer than last night, when we met our 16(!) designers. We’ve got participants from all over the world—the United Arab Emirates, Japan, the Ukraine—as well as all over the US. Though Nina and Michael’s favorite look, “modern and expensive,” still reigns supreme, many of the designers are bringing different styles to the table as well. Maybe it’s just because I’ve been watching too much Toddlers and Tiaras lately (btw Christopher is right—Gunnar would fit right in on that show), but I was pleasantly surprised by the diversity of this group. That being said, of course Lifetime would give some people “diversity” edits, zooming in on the rice cooker in Kooan’s apartment or the (gasp!) two cats in Andrea “Radical Feminist” Katz’ place, but overall I’m still psyched about it. For now.

Next-week prediction:
It’s early in the game to make predictions, but so far Buffi is a real standout for me. She uses bright colors in interesting ways, and a candy challenge could be right up her alley. Ven is clearly one to watch.

The Gunn Show: As PR devotees know, this is Tim Gunn’s world and we just live in it. Each week we’ll pick our favorite Gunn moment (tell us yours too!). This week? When Buffi asked if her look was too much and Le Gunn replied, “It’s not a bit NOT too much!”

*Poor flustered Lauren Graham. There is simply no way to compete, guest-judge-wise, with the mighty Patricia Field. I wish they’d saved her for a later, more low-key judging session.

How long will this boring episode last,as I'm forced to watch this 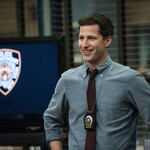