Image via the SF Gate

From yesterday's ruling that Prop 8 is unconstitutional:

What are your thoughts? What have you been reading?

I couldn't be happier about the decision.

ps- when will i ever again be bedfellows with Paris Hilton and the Terminator?

The ruling striking down Proposition 8 as unconstitutional is wonderfully worded. There is an excellent chance the case will be appealed up through the Circuit Court and on to the Supreme Court. <b>Elena Kagan has been confirmed by the United States Senate</b> becoming the fourth woman in U.S. history to serve on the Supreme Court and may eventually have the chance to write an opinion on the case.

I think it will inevitably reach the Supreme Court. Once it's there I think we have a good chance of winning. Presumably the Swing vote, Anthony Kennedy will quite possibly side with the liberals. He has grown quite cosmopolitan over his tenure on the court and has ruled favorably in several gay rights cases before (he wrote the court opinion in Lawrence). There's no way of telling how the case will turn out of course. But there is a good possibility we may get a happy result.

Congratulations to all the people of California who are one step closer to full and true equality today. There's still a lot of ground to cover, but hopefully the near future will bring similar progress to everyone waiting for it across so many other states!

It has to be noted that it was inevitable to have prop 8 fail at the end. The war of attrition between the people who want more equality, versus the people that want to deny them that fundamental right will be always won by the people that are more motivated and/or more just in their political requests.

On the matter of justness, clearly, allowing a portion of the population to have the same rights as the majority, is the clear, proper response, and most everyone will soon see it to be the case.

On the other hand, in regards to motivation, again, gays and lesbians have much more vested interest in the matter, whereas, mom-and-pop types of "righteous" people that seek to deny this right, are less likely to pursue their silly ideas for too long.

So in short, if the issue has been raised to the attention of people enough times, they will finally accept that gays and lesbian people are just the same as everyone else, and let them be whatever they want to be.

So, fear not, fellow humans, we progress, alas, sluggishly.

My favorite parts are where it shreds any claim to relevance the proponents' witnesses might have had and this quote: Gender no longer forms an essential part of marriage; marriage under law is a union of equals.

If they want to get married ,I don't see why can't they do it,what is unconstitutional? 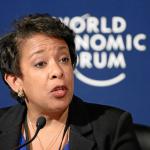